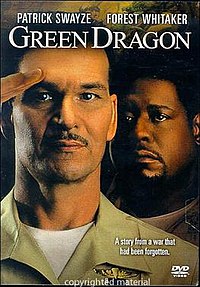 The film follows the experience of Vietnamese refugees in the United States immediately following the Fall of Saigon at the end of the Vietnam War. Tai Tran (Duong) has been appointed the camp translator by Gunnery Sgt. Jim Lance (Swayze). He has arrived with his sister's two young children. Their mother is believed to have been lost in the rush to leave Vietnam.