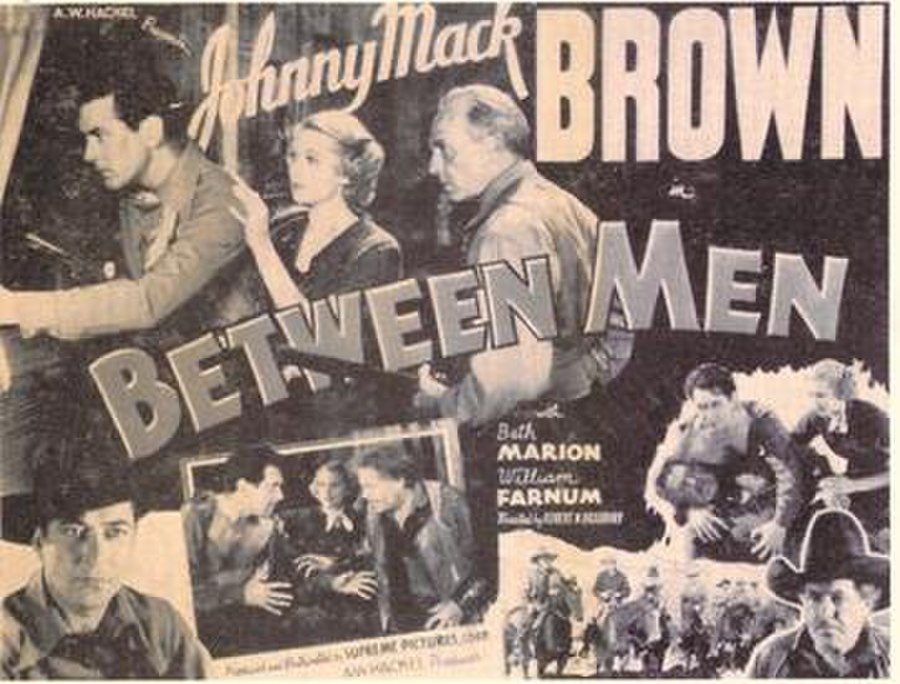 Between Men is a 1935 American Western film directed by Robert N. Bradbury who also provided the original story. Produced by A.W. Hackel's Supreme Picetures, it stars Johnny Mack Brown in his second film for the studio.

Widowed blacksmith John Wellington defends the elderly Sir George Thorne from three thugs by beating up the trio. In revenge, one of the thugs shoots Wellington's only child. Thinking his son dead, Wellington pursues and shoots down the three thugs then escapes Virginia as a fugitive wanted for murder.