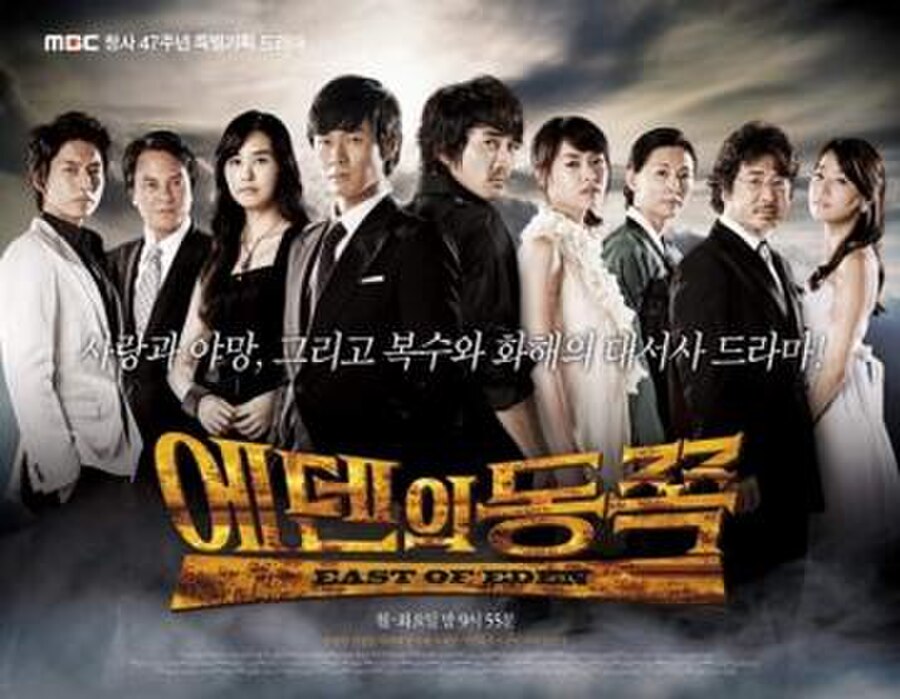 East of Eden is a 2008 South Korean television series, starring Song Seung-heon, Yeon Jung-hoon, Han Ji-hye, Lee Da-hae, Park Hae-jin and Lee Yeon-hee. It was produced by Chorokbaem Media as a 47th Anniversary Special Project Drama for MBC, on which it aired from August 25, 2008 to March 10, 2009 on Mondays and Tuesdays at 21:55 for 56 episodes. The drama tells the story of the brothers Dong-chul (Song) and Dong-wook (Yeon). Their fates diverge after the murder of their coal miner father, with one joining the mob and the other becoming a successful lawyer.

A period epic that spans the years 1960 to 2000s, East of Eden tells a saga of the bitter rivalry between two men who are eternally bound by fate.