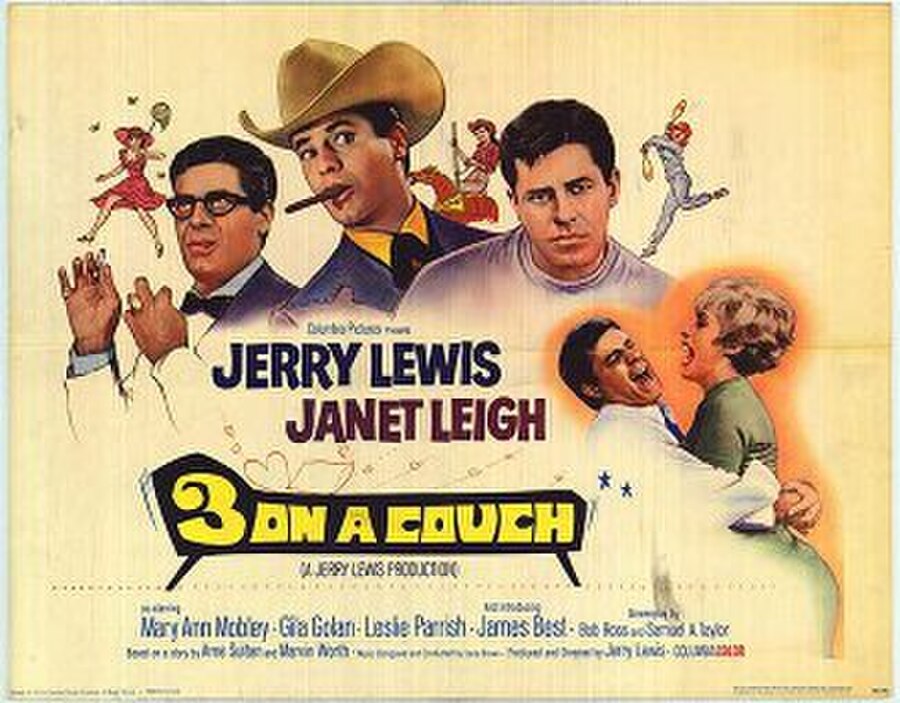 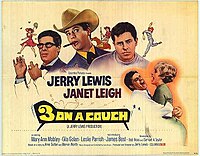 Three on a Couch is a 1966 American comedy film directed by and starring Jerry Lewis. Filmed from September 13-December 1, 1965, it was released on July 7, 1966 by Columbia Pictures. Co-starring are Janet Leigh, Leslie Parrish, Mary Ann Mobley, James Best and Kathleen Freeman.

Christopher Pride wants to marry his girlfriend, Dr. Elizabeth Acord. However, she is too involved with her patients and she doesn't think that she would be able to leave them to live in Paris for a year. Pride decides to solve her patients' problems after finding out that most of them are merely despondent after having relationships go bad. Therefore, he decides to "date" these women, without Acord's knowledge, and give them back their self-esteem so that they will be less dependent on their doctor.