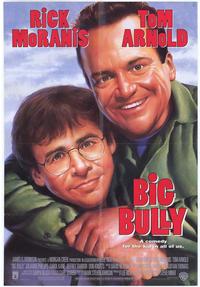 Big Bully is a 1996 American dark comedy film directed by Steve Miner, written by Mark Steven Johnson and starring Rick Moranis and Tom Arnold as two men, a former victim and his childhood bully, as they reconnect as adults.

Growing up in Hastings, Minnesota, young David Leary was bullied by Roscoe Bigger, nicknamed "Fang" because of a pointed tooth. David is ecstatic when his parents announce they are moving to Oakland. David informs teachers about Fang stealing a moon rock and Fang is arrested.