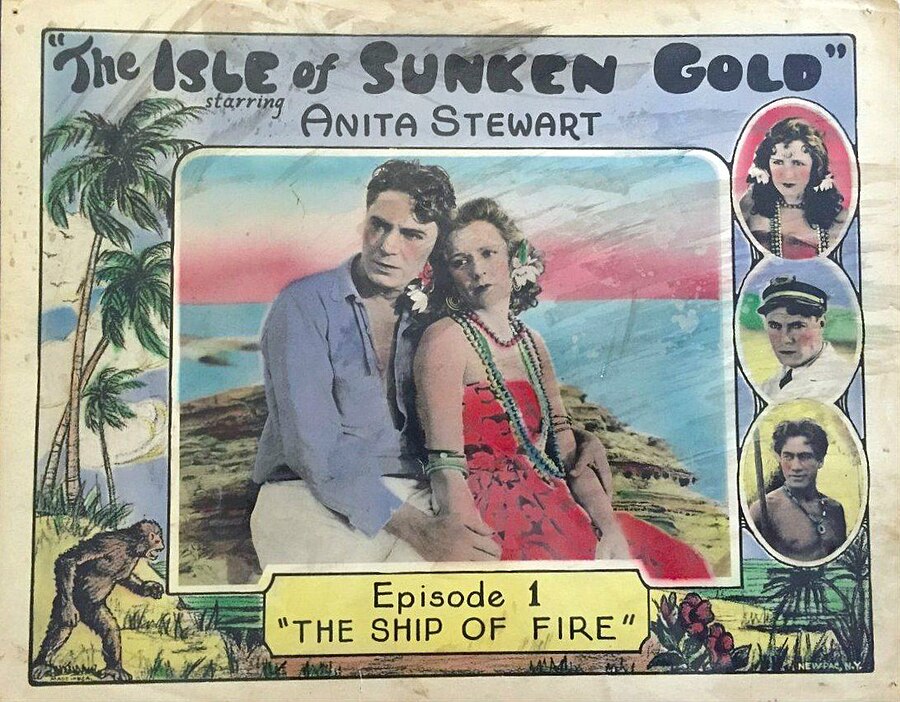 Isle of Sunken Gold is a 1927 American silent adventure film serial directed by Harry S. Webb. The film was long considered to be lost, however, chapters 4, 5, and 6 and reel 1 of chapter 7 were recently discovered in a European archive and retranslated back into English.

A ship captain gets a hold of half of a map leading to a treasure buried on an island in the South Seas. The ruler of the island, a beautiful princess, has the other half of the map, and the two join forces to battle a gang of pirates and a group of islanders who don't want anyone to get the treasure.