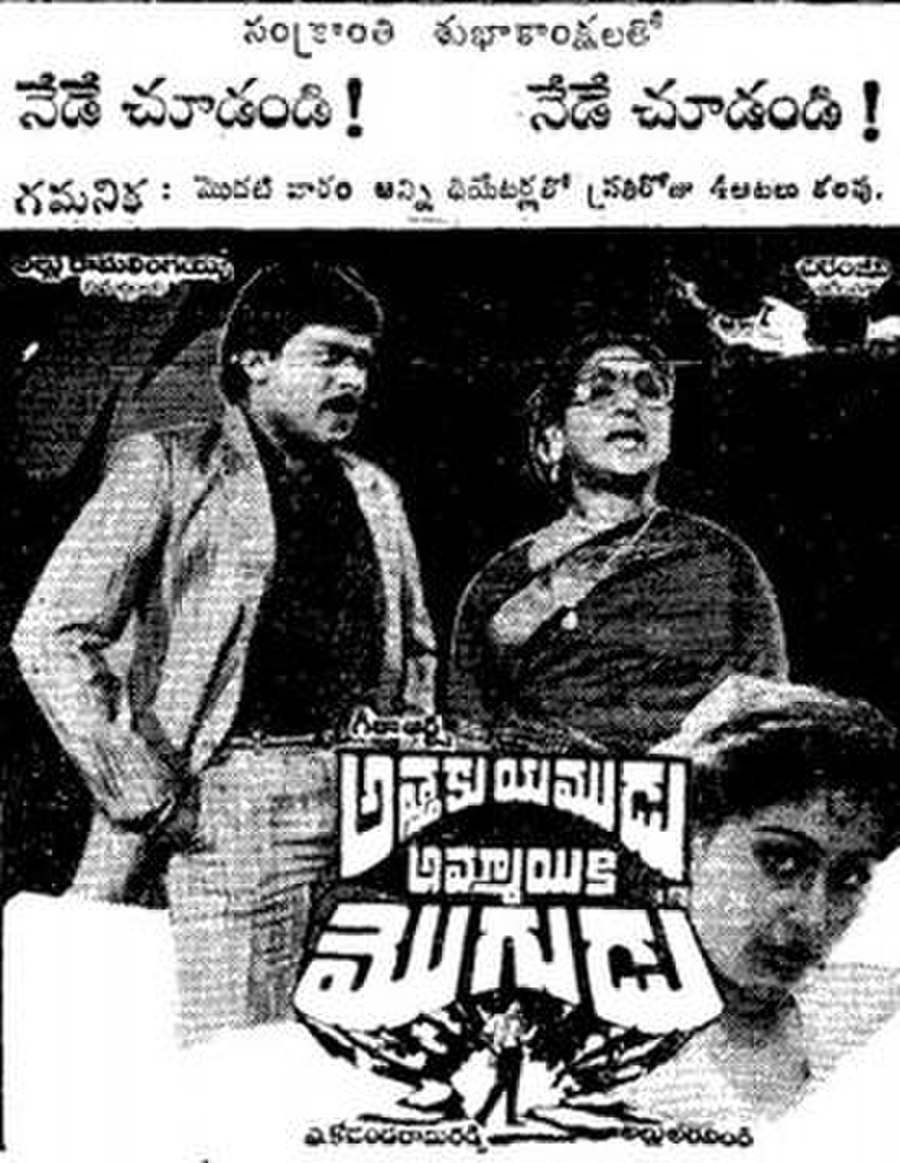 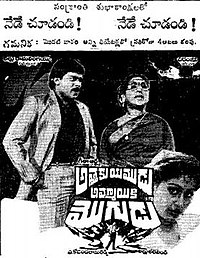 Attaku Yamudu ... Ammayiki Mogudu is a 1989 Telugu romantic action comedy film produced by Allu Aravind, starring Chiranjeevi and Vijayashanti in the lead roles, with former heroine Vanisri making a comeback to the silver screen as Vijayashanti's on-screen mother, Chamundeswari. The film was written and directed by A. Kodandarami Reddy. This film was eventually remade in Tamil as Maapillai, starring Rajinikanth and in Hindi as Jamai Raja, starring Anil Kapoor and also inspired other Indian films with similar themes. The film was recorded as an Industry Hit at the box office.

Kalyan (Chiranjeevi) is an unemployed, lower class, but simple and humble do-gooder. Rekha (Vijayashanti) is the loving daughter of arrogant businesswoman Chamundeswari (Vanisri). Kalyan, one day, ruins the engagement of Rekha's friend. Rekha at first thinks that Kalyan did this to her friend, but later learns that her friend was getting married against her wish. Rekha and Kalyan later fall in love. Meanwhile, Rekha's mother Chamundeswari rejects Kalyan's sister's love with Rekhas' brother. Kalyan comes to know that Rekha is Chamundeswari's daughter and decides to marry Rekha. Chamundeswari takes her daughter to her house. Kalyan is enraged and challenges that he would marry Rekha. Kalyan and Chamundeswari fight over authority. The rest of the movie is about how Kalyan and Chamundeswari resolve their differences and how Kalyan wins back Rekha.