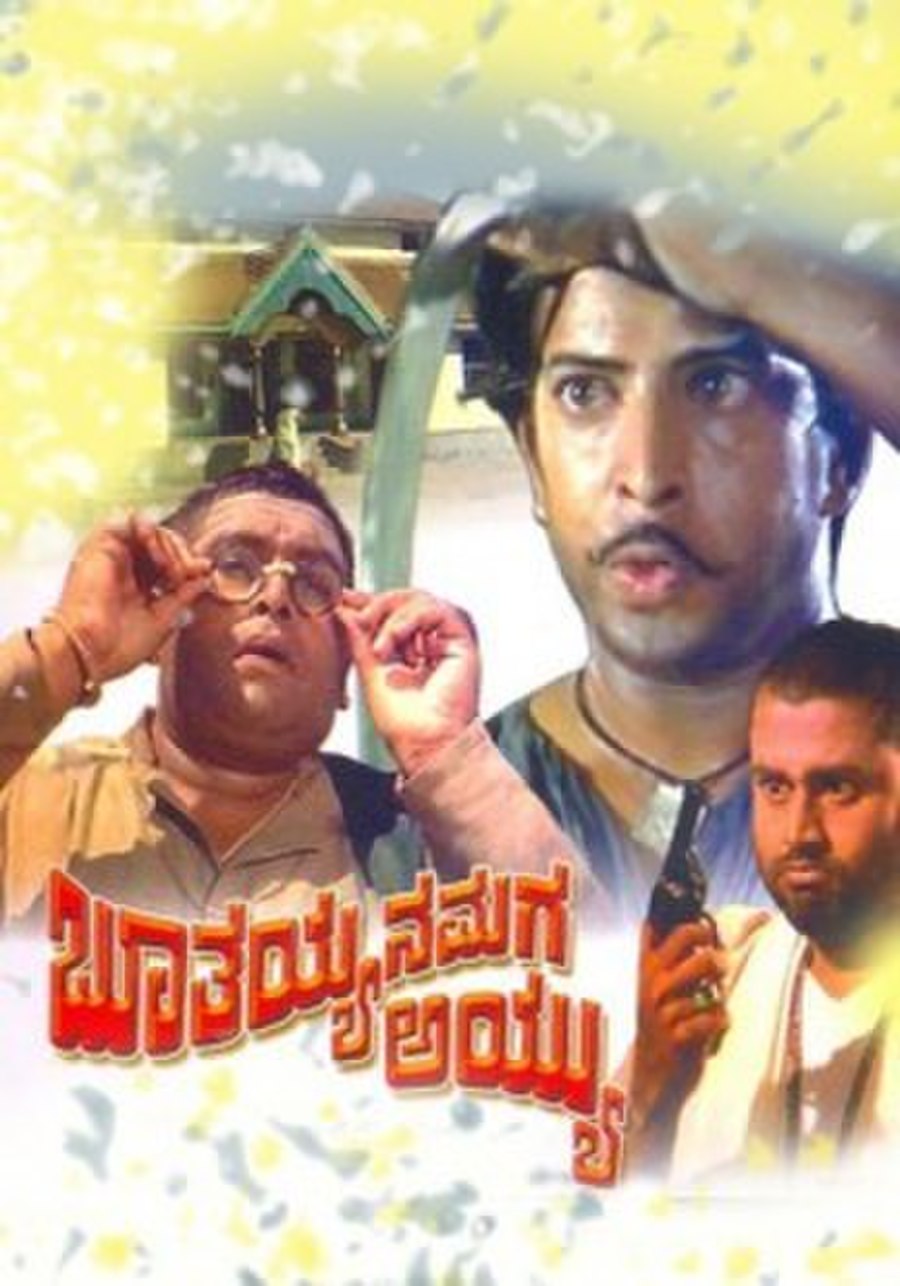 Bhootayyana Maga Ayyu is 1974 Indian Kannada language film, directed by Siddalingaiah, based on the story of the same name from the short stories collection, Vayyari, by Gorur Ramaswamy Iyengar, starring Vishnuvardhan, Lokesh and M. P. Shankar in the lead roles. The film is deemed to be a landmark in Kannada cinema. Kamal Hassan felt that the film "was done on a scale that only big Hollywood directors would think of."

Bhootayya is a ruthless zamindar of a small village, who used to mercilessly occupy the land of the villagers to whom he had lent money, when they fail to repay their debts. He was very shrewd and talked the villagers into building a dam across the river in the outskirts of the village, which was prone to floods. He gets hold of the fertile land on the banks of the river and builds a house for his son Ayyu (Lokesh).