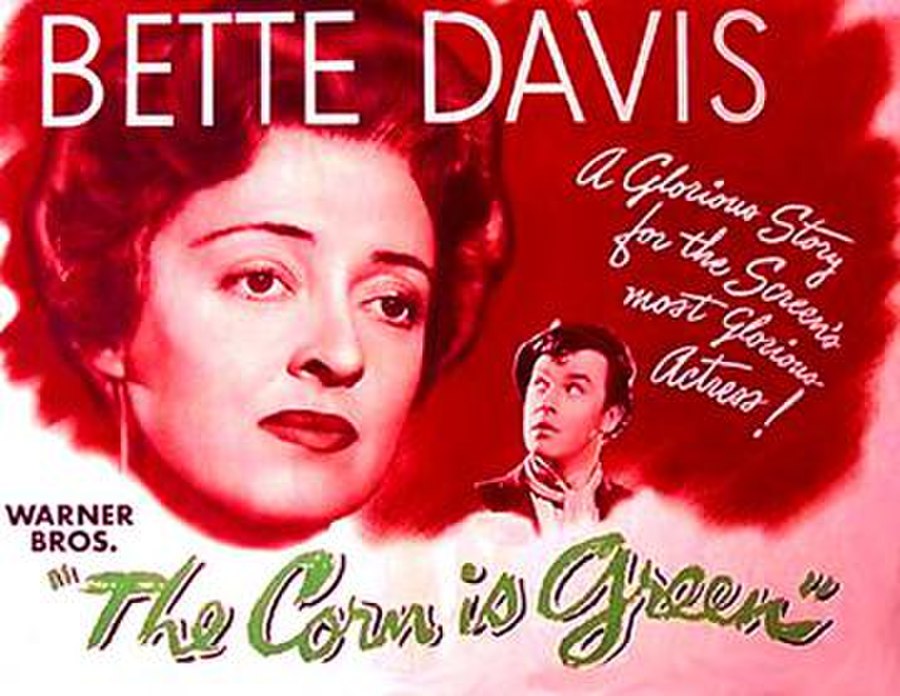 The Corn Is Green is a 1945 American drama film starring Bette Davis as a schoolteacher determined to bring education to a Welsh coal mining town despite great opposition. It was adapted from the 1938 play of the same name by Emlyn Williams, which originally starred Ethel Barrymore.

In 1895, L.C. (Lily Cristobel) Moffatt, M.A, comes to a Welsh coal mining area, to the village of Glansarno (English spelling). She is determined to set up a school to serve the boys who go by singing on their way home from work. (They go into the mine at age 12.) She gets off on the wrong foot with the local squire, ensuring his resistance to and obstruction of her efforts. She enlists the help of Mr. Jones and Miss Ronberry, and plans to buy a nearby barn and turn it into a schoolhouse. She meets so much resistance that eventually, she considers giving up. Then she discovers a promising student, Morgan Evans, a miner seemingly destined for a life of hard work and heavy drink. She is captivated by an essay he writes that begins “If a light come into the mine...” With renewed hope, she works hard to help him realize his potential and opens her home to give lessons to people of all ages.