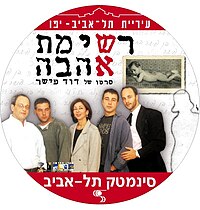 Love Inventory aka Reshimat Ahava is a 2000 Israeli documentary film, written and directed by David Fisher and produced by Yahaly Gat and David Fisher. This is the First film in the family trilogy created by director David Fisher followed by Mostar Round-Trip (2011) and Six Million and One (2011).

After the death of their parents, Filmmaker David Fisher feels that his family has grown apart and that his siblings are focused on their careers and relationships with their spouses and children. Fisher believes that a search for their sister, who was allegedly taken from their parents at birth, will help them bond.