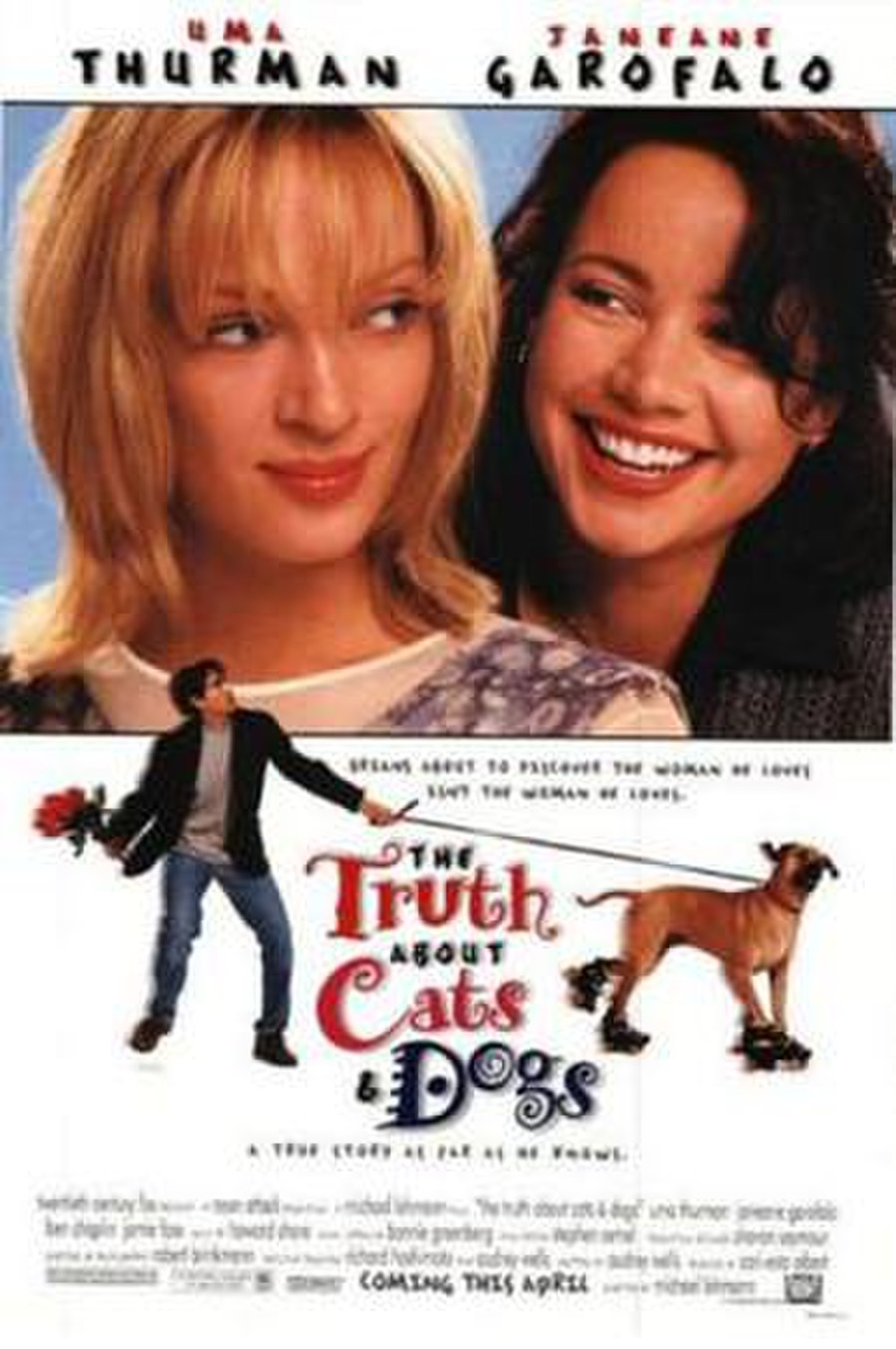 The Truth About Cats & Dogs is a 1996 American romantic comedy film directed by Michael Lehmann, starring Janeane Garofalo, Uma Thurman, Ben Chaplin and Jamie Foxx, and written by Audrey Wells. The original music score was composed by Howard Shore. Upon its release, the film garnered favorable reviews, with many critics describing its theme(s) as a modern reinterpretation of the Cyrano de Bergerac story.

Abby Barnes (Janeane Garofalo) is a veterinarian and host of a radio show called The Truth About Cats and Dogs. Photographer Brian (Ben Chaplin) calls into her show for advice, and unexpectedly sends her a gift and calls her at work to ask her out; she agrees to meet. Her insecurity about her appearance leads her to lie to him over the phone and describe herself with the physical features of her neighbor Noelle (Uma Thurman). She stands him up. After intervening in an argument between Noelle and her abusive boyfriend Roy (James McCaffrey), the two women become friends. Brian shows up unexpectedly at Abby's work at the same time as Noelle, and Abby convinces her to pretend she is Abby.