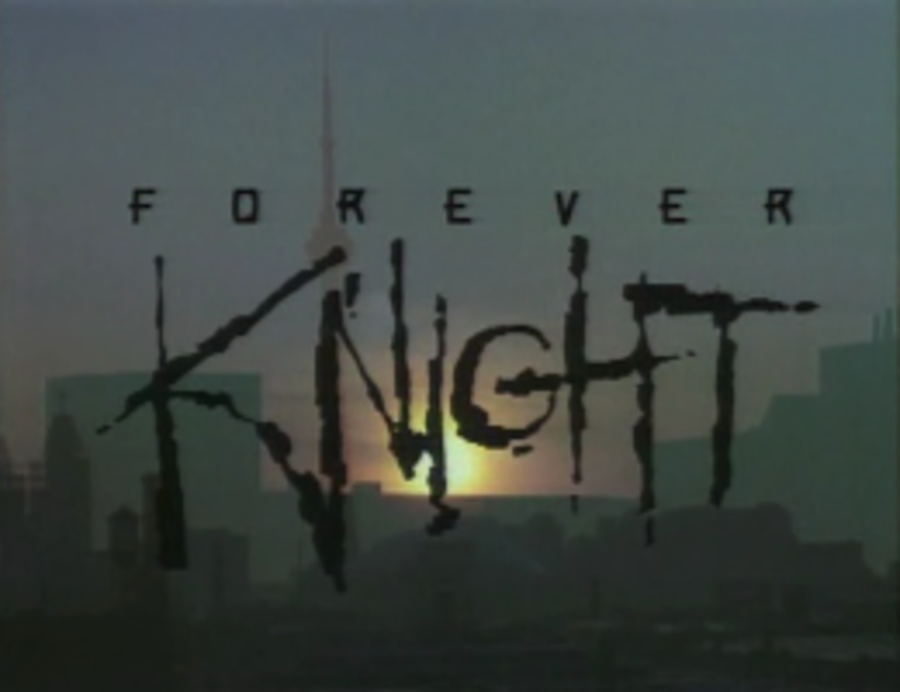 Forever Knight is a Canadian television series about Nick Knight, an 800-year-old vampire working as a police detective in modern-day Toronto, Ontario. Wracked with guilt for centuries of killing others, he seeks redemption by working as a homicide detective on the night shift while struggling to find a way to become human again. The series premiered on May 5, 1992, and concluded with the third-season finale on May 17, 1996.

The series followed the adventures of Nick Knight, a Toronto cop working the graveyard shift with his partner Donald Schanke. Unbeknownst to most of his colleagues, Nick is actually Nicholas, an 800-year-old vampire (his human surname was reference to his status as a literal knight in medieval France). Remorseful over centuries spent as a vampiric cold-hearted killer, Nicholas works as a cop and often ends up using his special abilities to bring criminals to justice. Whenever he works on his cases, Nicholas remembers similar situations from previous lifetimes and these appear as flashbacks in the episodes. Nicholas explains his need to work on the night shift by claiming to have a skin disorder, photodermatitis, which requires him to stay out of sunlight. Refusing to feed from humans, he survives by drinking bottled animal blood, something that most vampires find repulsive. The only human who knows his true nature is his friend Natalie Lambert, a city medical examiner who doesn't like Nicholas using his special powers as she believes it increases his need for blood.