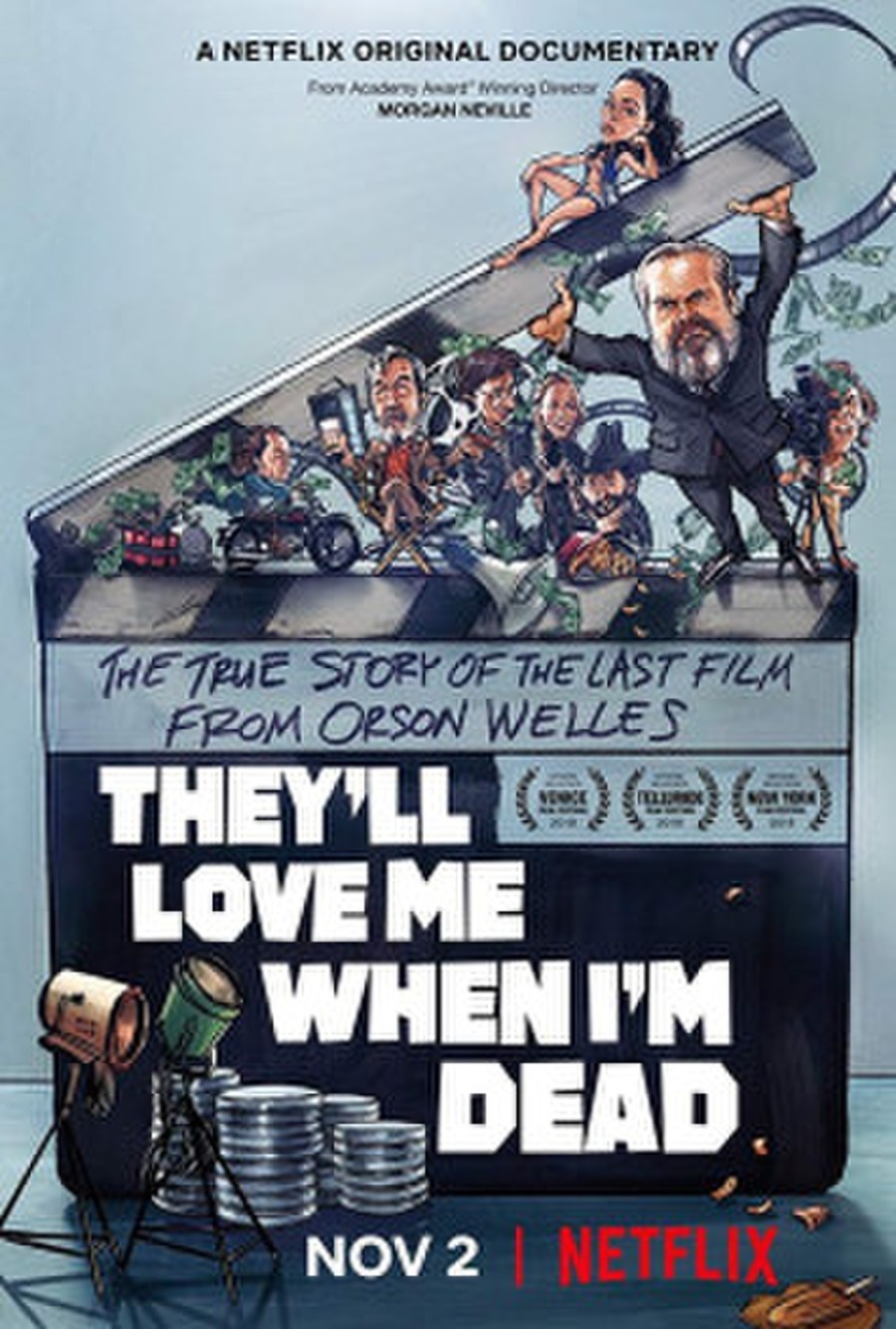 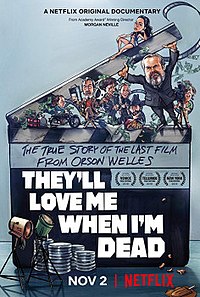 They'll Love Me When I'm Dead is a 2018 American documentary film, directed by Morgan Neville. It documents the ill-fated production of The Other Side of the Wind, directed by Orson Welles. The film had its world premiere at the Venice Film Festival on August 30, 2018. It was released on November 2, 2018, by Netflix.