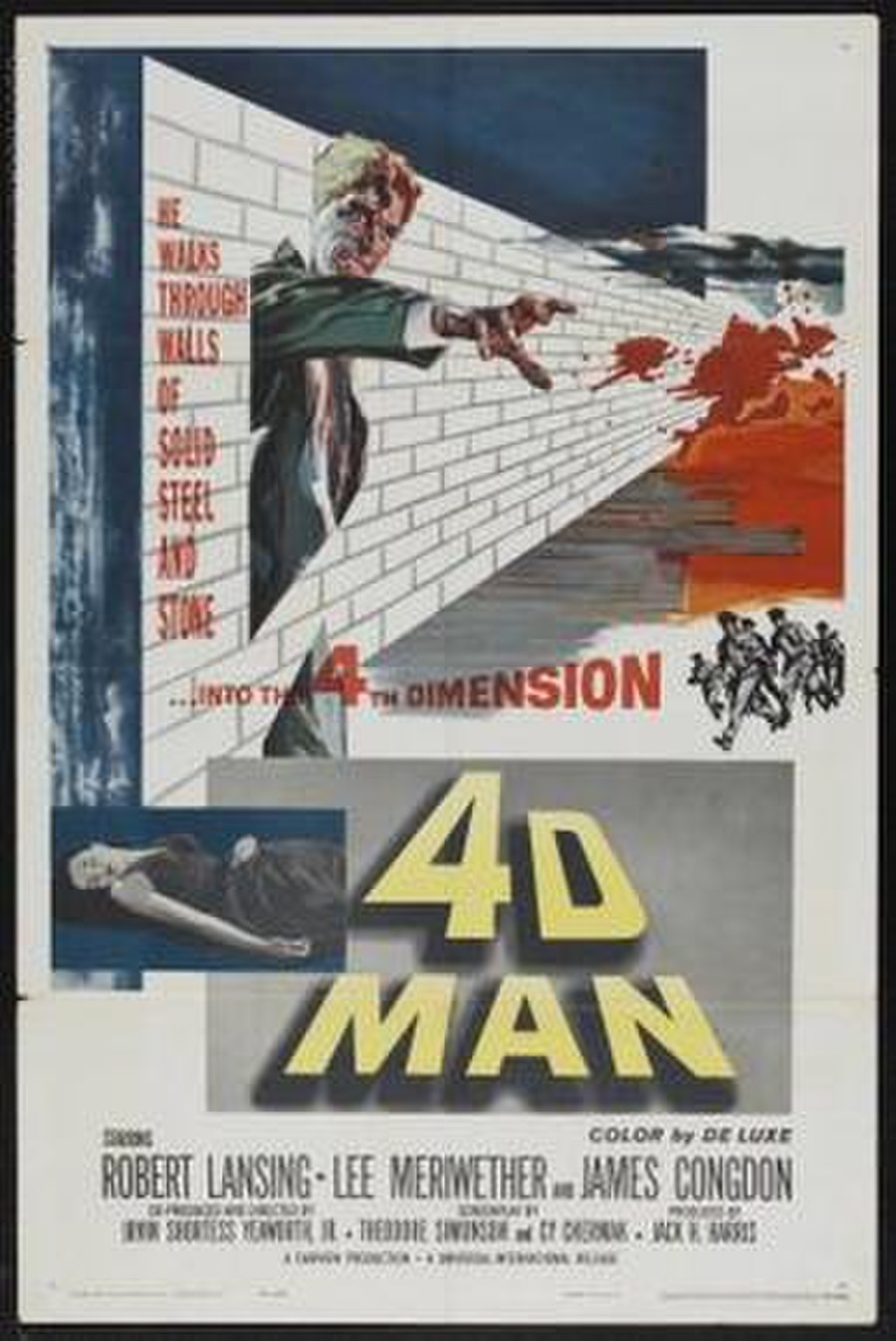 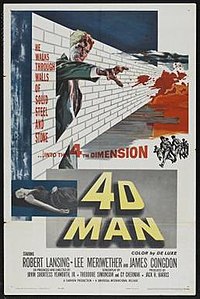 4D Man (also known as The Evil Force in the UK; reissued as Master of Terror in the US) is a 1959 independent American science fiction film in color by De Luxe, produced by Jack H. Harris (from his original screenplay), directed by Irvin S. Yeaworth Jr., and starring Robert Lansing, Lee Meriwether, and James Congdon. The film was released by Universal-International.

A brilliant but irresponsible scientist, Dr. Tony Nelson, develops an electronic amplifier that he hopes will allow any object to achieve a 4th dimensional (4D) state. While in this state, any object can pass freely through any other object. Tony, however, fails to pay attention to the overload, which sparks an electrical fire that burns down his lab. This results in the university terminating his contract. Now unemployed, Tony seeks out his brother, Scott, also a Ph.D., to help him with his experiment. Scott is a researcher working on a material called Cargonite that is so dense that it is impenetrable.