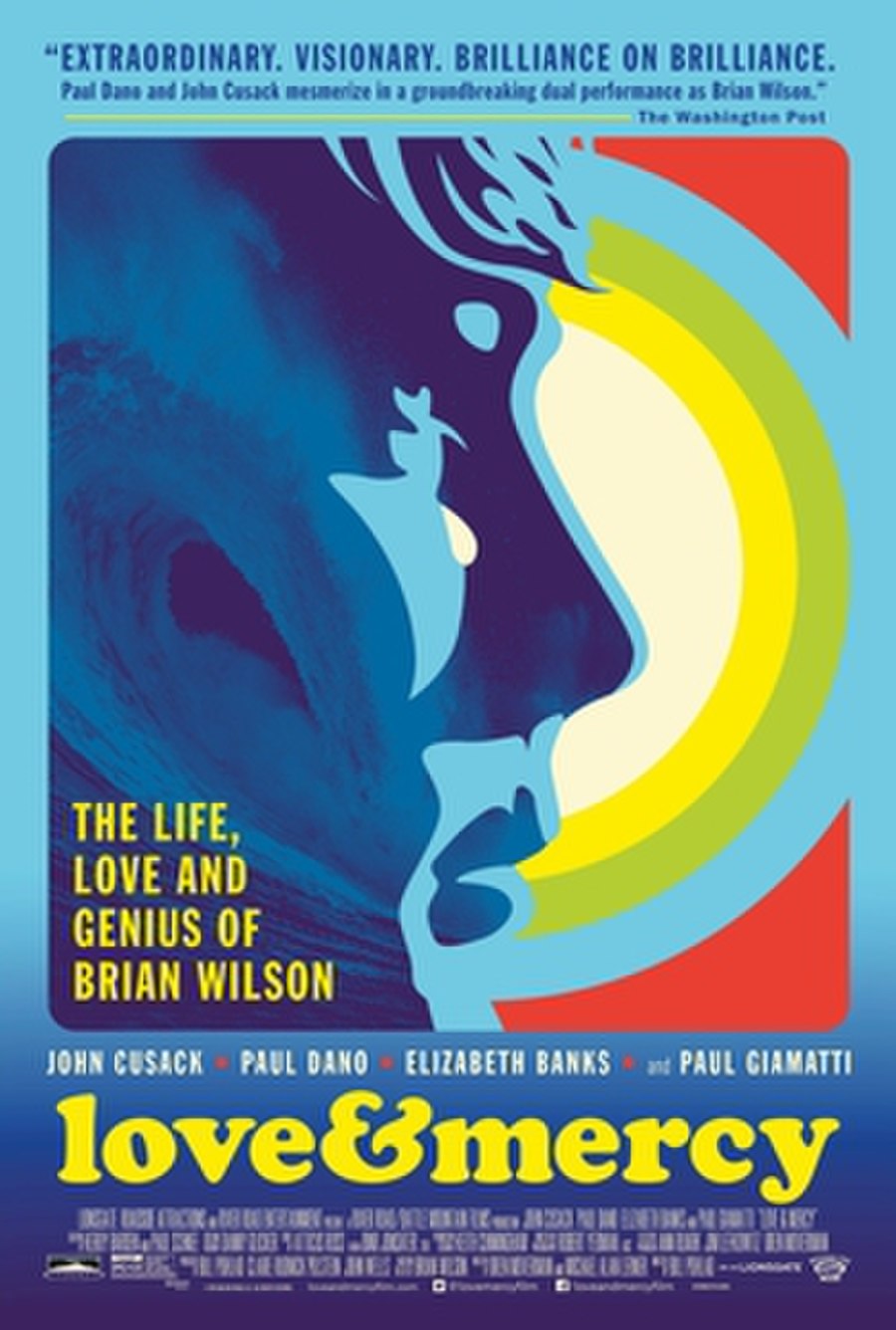 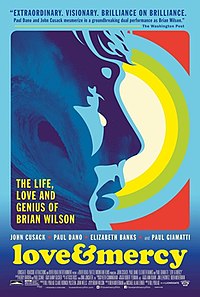 Love & Mercy is a 2014 American biographical drama film directed by Bill Pohlad that focuses on the Beach Boys' co-founder and leader Brian Wilson and his struggles with mental illness during the 1960s and 1980s. The film derives its title from Wilson's 1988 song of the same name, and stars Paul Dano and John Cusack as the young and middle-aged Wilson, respectively, with Elizabeth Banks as his second wife Melinda Ledbetter, and Paul Giamatti as his psychotherapist Dr. Eugene Landy.

The film alternates between the 1960s and the 1980s. The early timeline begins with a young Brian Wilson (Paul Dano) suffering a panic attack on an airplane. It is agreed with the rest of the Beach Boys that Brian will no longer tour with them and will instead focus on composition and studio work. Despite resistance from some of his bandmates, Brian completes the Pet Sounds album. It is a critical hit, but sales are underwhelming. LSD is supplied to Brian by a coterie of hippie vagrants who praise him as a "genius", and his mental health subsequently worsens. After the success of a new single, "Good Vibrations", he fails to complete the album Smile, his would-be masterpiece. As Brian's bandmates record their next record without him, he learns that his father has sold the publishing rights to the Beach Boys' songs without their knowledge. This timeline ends with Brian apathetic and detached from life.