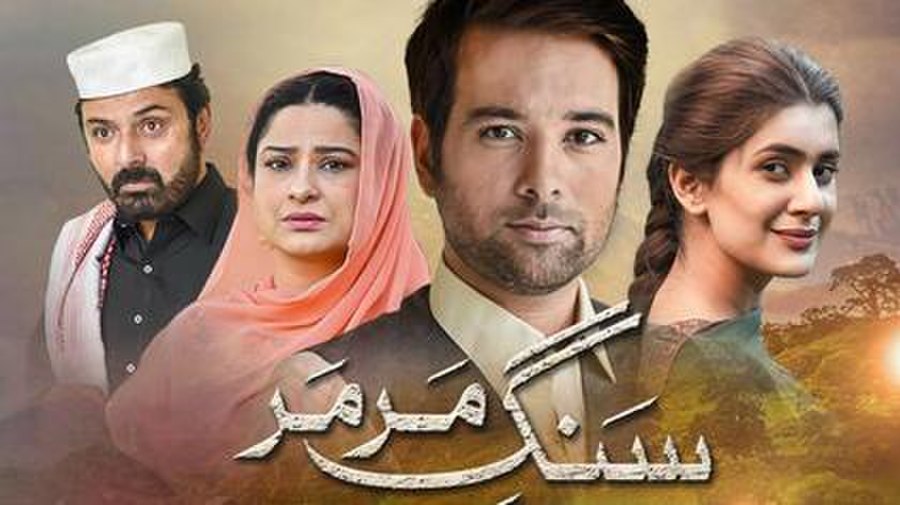 Sang-e-Mar Mar (translation: Marble) or Sang e Mar Mar Ka Dil (translation: Heart Like Marble) (previously titled Daasi ) is a Pakistani romantic drama serial that was first aired on Hum TV on 1 September 2016. It stars Sania Saeed, Mikaal Zulfiqar and others. It is the fourth appearance of Noman Ijaz on Hum TV after his 2013 appearance in the serial Rehaai. It is the second appearance of Uzma Hassan and with Tipu Sharif after their appearance in the 2015 serial Mohabbat Aag Si and Uzma Hassan's second appearance with Mikaal Zulfiqar as well after their 2014 serial Tum Meray He Rehna.