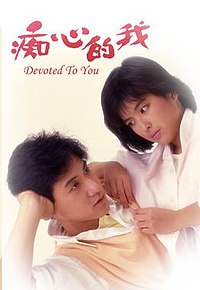 Jane (Loletta Lee), born in a lower-class family, is a rebellious girl. She gets send to a famous high-class high school by her parents, she gets bullied by other students all the time. On the other hand, May (May Lo), born in a rich family, is a spoiled girl. Bullied and Isolated by her classmates, Jane keeps it all to herself. After seeing this, May pranks Jane's bullies for bullying her. Soon after school, May gets beaten up by Jane's bullies, Jane comes and rescues May from being humiliated. After that, they becomes good friends. One day, Jane and May was in a coffee shop, she dares May to get the phone number of a boy outside their coffee shop, she learns that he's called Jacky (Jacky Cheung), who comes to Hong Kong for holiday from Canada. Although May knows he has a girlfriend in Canada, May finds herself fall in love with Jacky. They spend the last day of his Hong Kong trip romantically. After Jacky went back to Canada, May decides to go to Canada to live with Jacky, only to find out Jacky really has a girlfriend, she realizes she is a fool and goes back to Hong Kong crying. Meanwhile, Jane meets a motorcyclist called Michael (Michael Wong (actor)), who is part of a gang. The fall in love with each other quickly. After Michael gets killed by some gangsters, Jane realizes the important of family love. She decides to make a fresh start to her life.