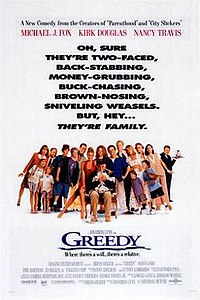 Carl, Ed, Frank, Glen, and Patti McTeague are the greedy relatives of wealthy, wheelchair-bound scrap-metal tycoon Uncle Joe McTeague. They usually named their kids after their uncle. They continually suck up to him and try to outdo each other in order to inherit his 25 million dollars when he passes away. With their attempts constantly failing and irritable Uncle Joe showing a decided interest in his new sexy "nurse" Molly Richardson, Frank decides to hire a private detective named Laura to bring in his brother Daniel (who turned his back on the family years ago because of their selfishness) believing if they can make up, Uncle Joe will thaw towards them.