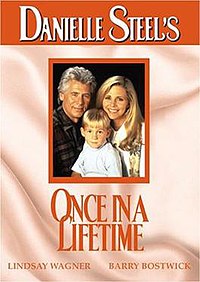 Daphne Fields is a world-famous novelist from New York City who one night is hit by a car. She falls into a coma and her memory flashes back to eight years earlier, when she was happily married to Jeffrey and had a loving daughter, Aimee. Her perfect life had subsequently fallen into pieces when she suddenly loses her husband and daughter in a fire. Nine months later, she gives birth to a son, Andrew, who turns out to be deaf. Daphne decides to learn sign language and is tutored by Dr. Matthew Dane, an educator for the deaf. Inspired by her loss, she starts writing a novel called Autumn Years.