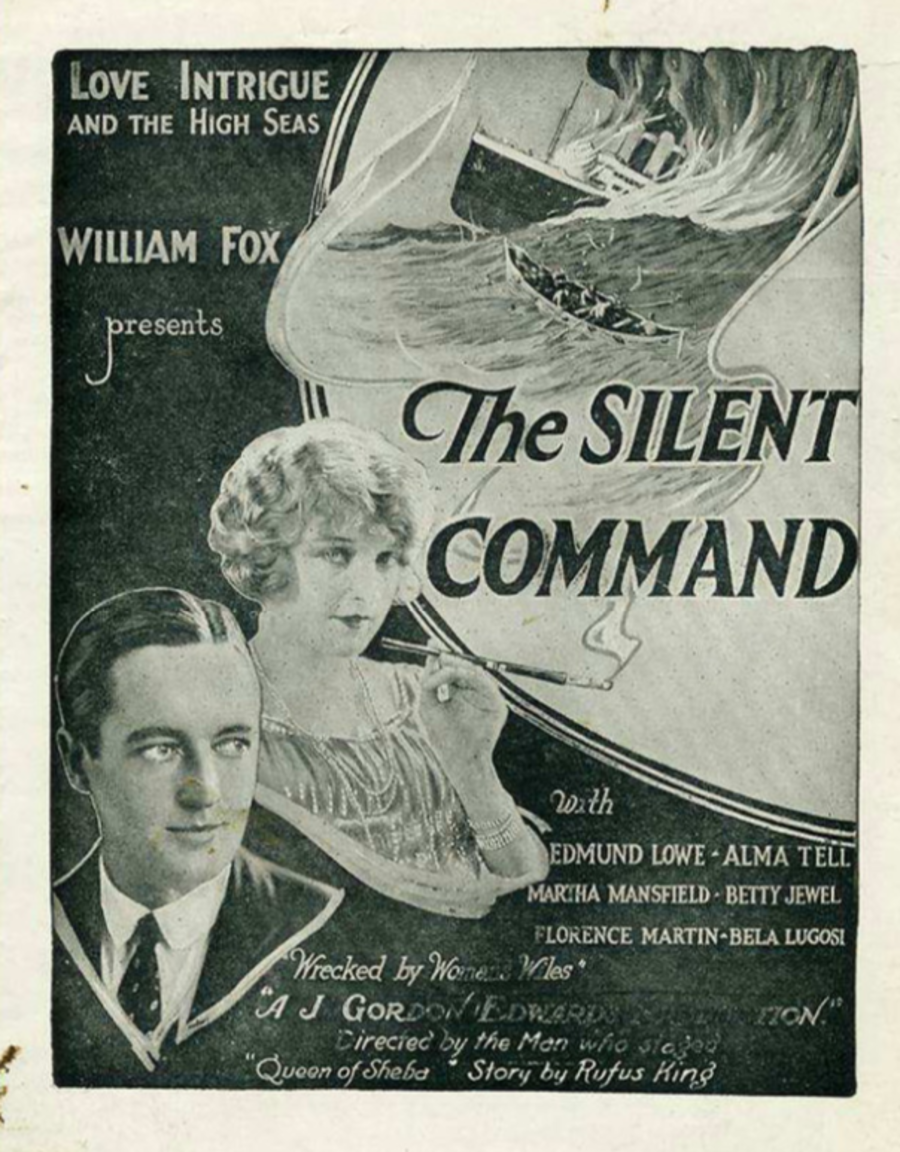 The Silent Command is a 1923 American silent drama film directed by J. Gordon Edwards featuring Bela Lugosi as a foreign saboteur in his American film debut. The film, written by Anthony Paul Kelly and Rufus King, also stars Edmund Lowe, Alma Tell, and Martha Mansfield. The film depicts the story of Benedict Hisston (Lugosi), who is part of a plot to destroy the Panama Canal. Initially unable to obtain necessarily intelligence from Richard Decatur (Lowe), a captain in the United States Navy, he enlists the aid of femme fatale Peg Williams (Mansfield). Decatur pretends to be seduced into the conspiracy, costing him his career and estranging him from his wife (Tell), but he ultimately betrays the saboteurs in Panama and stops their plan. He returns home to the Navy and his wife, and to popular acclaim for his heroics.

Benedict Hisston is a foreign agent, part of a conspiracy to destroy the Panama Canal and the US Navy's Atlantic Fleet. He attempts to acquire information about mine placement in the Canal Zone from Captain Richard Decatur but fails. That information is essential to the conspiracy's success and so he then hires vamp Peg Williams to obtain the intelligence through seduction.