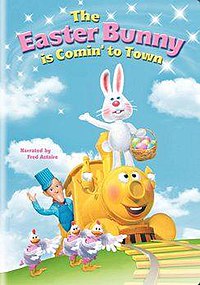 S.D. Kluger (from Santa Claus Is Comin' to Town and once again voiced by Fred Astaire) returns as a train engineer, but still a mailman to answer questions about the Easter Bunny in the children's letters.