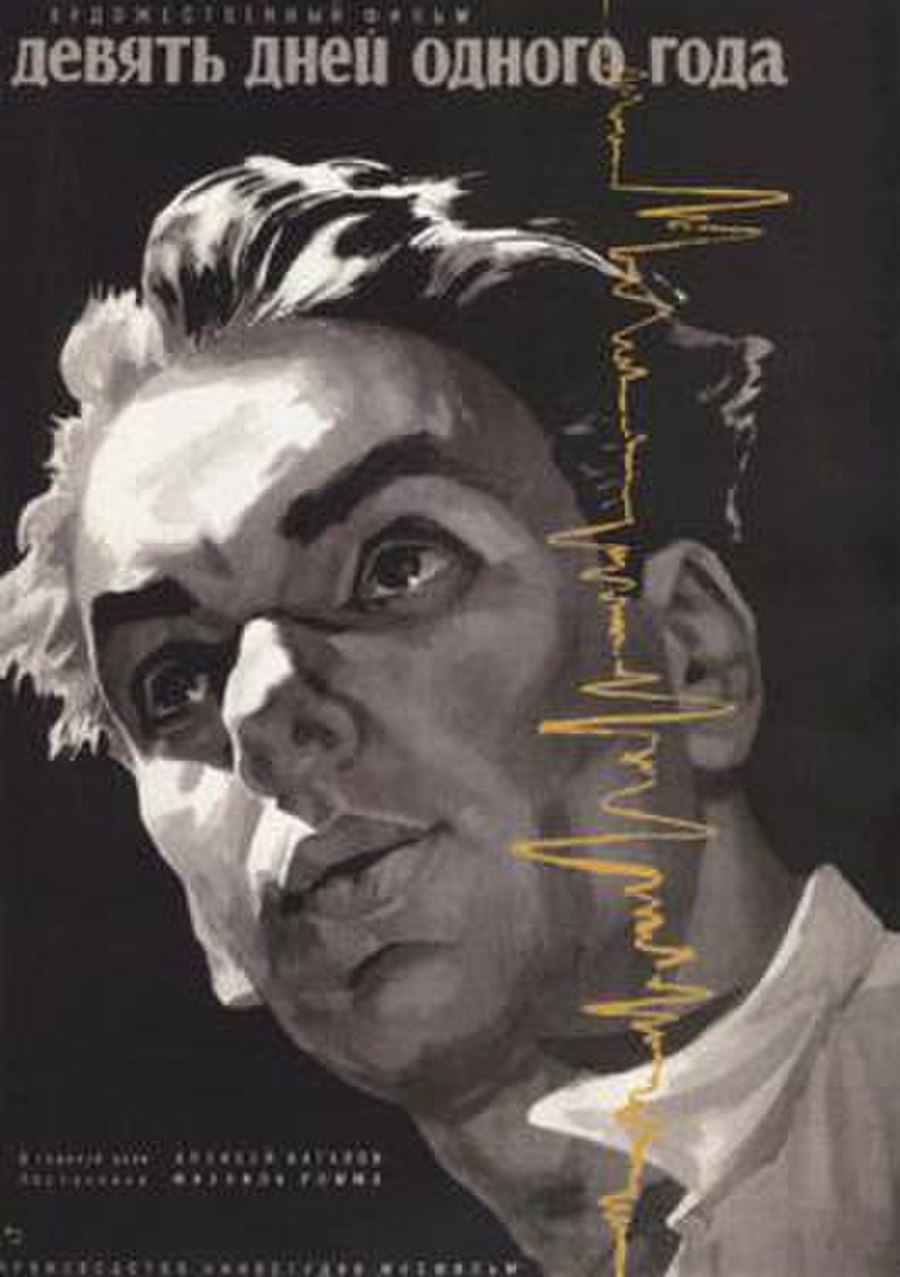 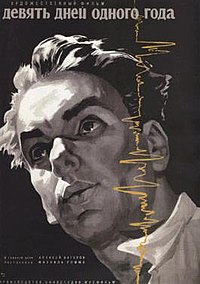 Nine Days in One Year is a 1962 Soviet black-and-white drama film directed by Mikhail RommCitation neededCrystal Globe Award in 1962.

Two young physicists and old friends — the possessed experimental physicist Dmitri Gusev and the skeptical theoretical physicist Ilya Kulikov — conduct nuclear studies at a research institute in Siberia. Dmitri leads the research started by his teacher Sintsov, who has received a deadly dose of radiation as a result of an experiment. Dmitri has also been irradiated. Doctors warn him that further irradiation might kill him as well. Meanwhile, his friend Ilya and Lyolya, a love interest of Dmitri, have developed a romantic relationship. The enamoured couple is getting prepared for the wedding and looking for an opportunity to inform Dmitri. When they finally meet, Dmitri already suspects Lyolya and Ilya and treats them coldly. Caught up in self-contradictions, Lyolya tries to understand Dmitri's true feelings for her, only to learn the terrible diagnosis. Realizing that she still loves Dmitri, Lyolya cancels the wedding to Ilya in order to marry Dmitri.