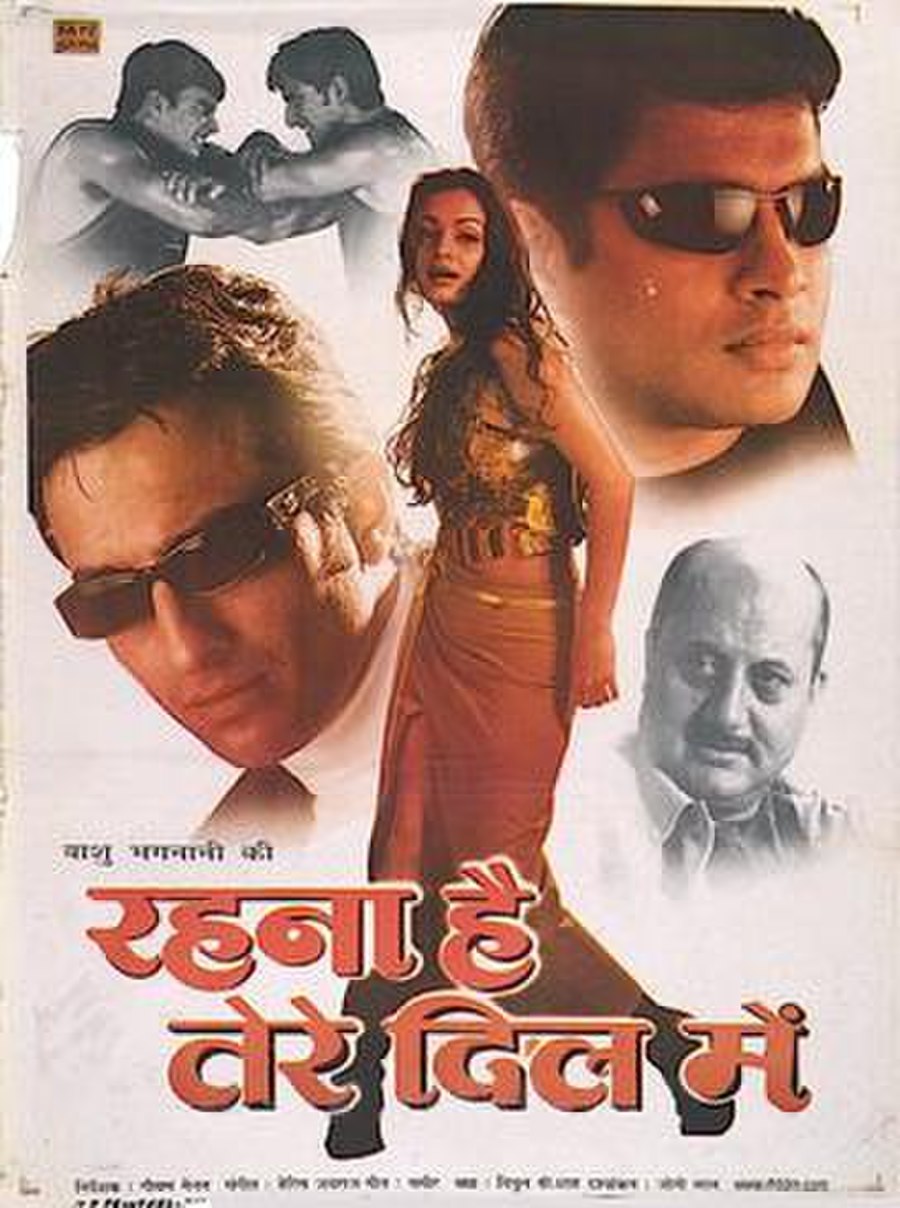 Rehnaa Hai Tere Dil Mein (lang-en) is a 2001 Indian Hindi-language romantic drama film written and directed by Gautham Menon starring Madhavan, Diya Mirza and Saif Ali Khan in the lead roles. The movie is a remake of director's own 2001 Tamil film Minnale. The film was not so successful during the time of its release, but has since developed a cult following among Indian youth.

The story starts with narration by Maddy (R. Madhavan) himself. Maddy is the son of a music shop owner (Anupam Kher) who hopes that Maddy will someday take over his shop. Instead, Maddy is a total brat, not serious about studies and notorious in his college. He harasses girls in his college. In contrast to him is his arch-rival Sam (Saif Ali Khan), a model student, with whom Maddy is at constant loggerheads. The animosity goes so far that Maddy even tries to frame Sam. Sam challenged Maddy for one-on-one fight, to which Maddy happily agreed. But the fight was interrupted in between by the professors. Later at Sam's graduation party, Maddy again tries to challenge Sam, but this time, Sam denies. Sam graduates and leaves the college, but promises Maddy that one fine day, he will complete what was started (i.e., the fight).