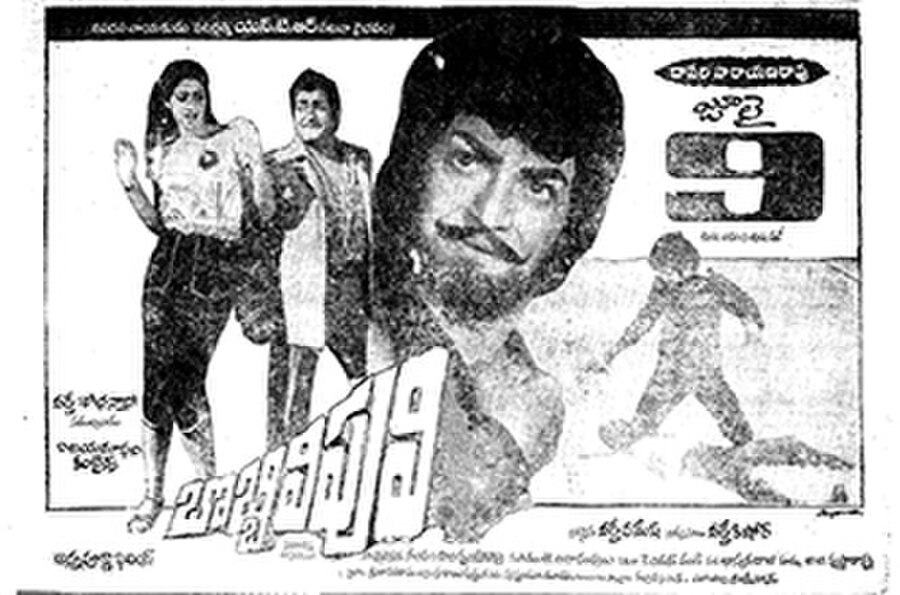 Bobbili Puli is a 1982 Indian Telugu-language action film written and directed by Dasari Narayana Rao. The film stars N. T. Rama Rao, Sridevi in the lead roles and music composed by J. V. Raghavulu. The film was a big hit, collecting 3.5 Crore in it's theatrical run. It was remade in Hindi as Zakhmi Sher (1984).

Chakradhar is a sincere military officer who receives Maha Vir Chakra award for his commitment to serve the nation and he sacrifices the last glimpse of his mother when she dies in the midst of a fierce war. He falls in love with Sridevi, a lawyer. Later he sacrifices his love to marry a mentally challenged woman as an obligation towards his sister's marriage. The hero of the nation who successfully eliminated external enemies, takes up the fight against internal enemies, the corrupted public servants. He is unsuccessful in the fight, gets humiliated by court, and in the process, loses his sister and brother-in-law. The rest of the movie is about how he comes up with his own extremist court, and gives punishment to the people who escaped the official courts.