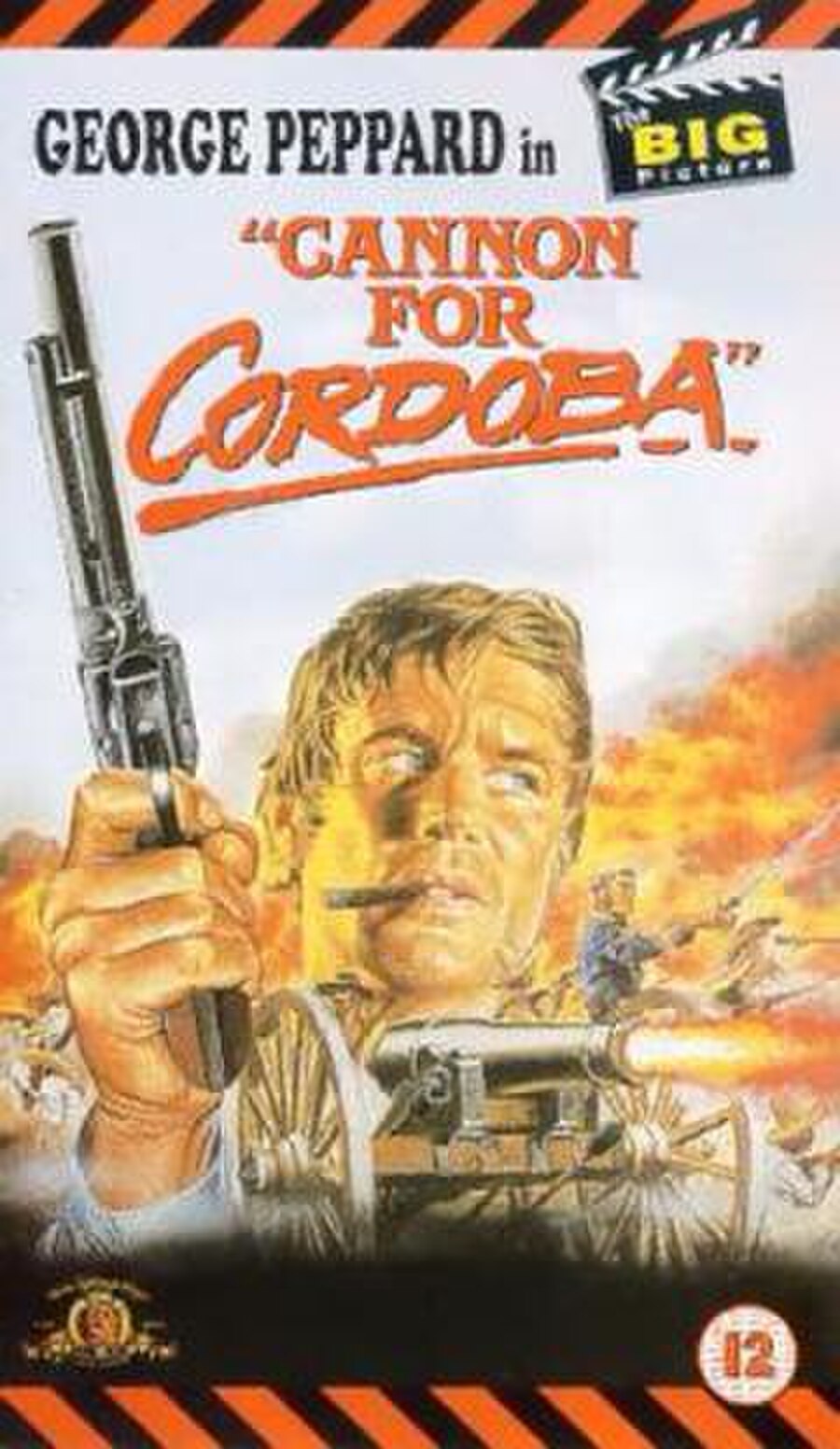 Cannon for Cordoba is a western film that was released in 1970. Filmed in Spain, the larger part of the movie takes place in Mexico in 1912. Directed by Paul Wendkos, it stars George Peppard, Pete Duel, Giovanna Ralli, and Raf Vallone, and features a musical score by Elmer Bernstein.

It is 1912 and groups of Mexican revolutionaries have been attacking towns on both sides of the Mexican–American border. The most powerful of these groups is led by a former Mexican army general, Héctor Cordoba. When a surprise attack results in six cannons falling into the hands of Cordoba and his men, the United States government puts General John J. "Blackjack" Pershing in charge of seeing that the cannons will never be used against the American people. Pershing turns to Captain Rod Douglas, instructing him to gather a group of men to take part in the dangerous mission into the heart of the Cordoba's territory.