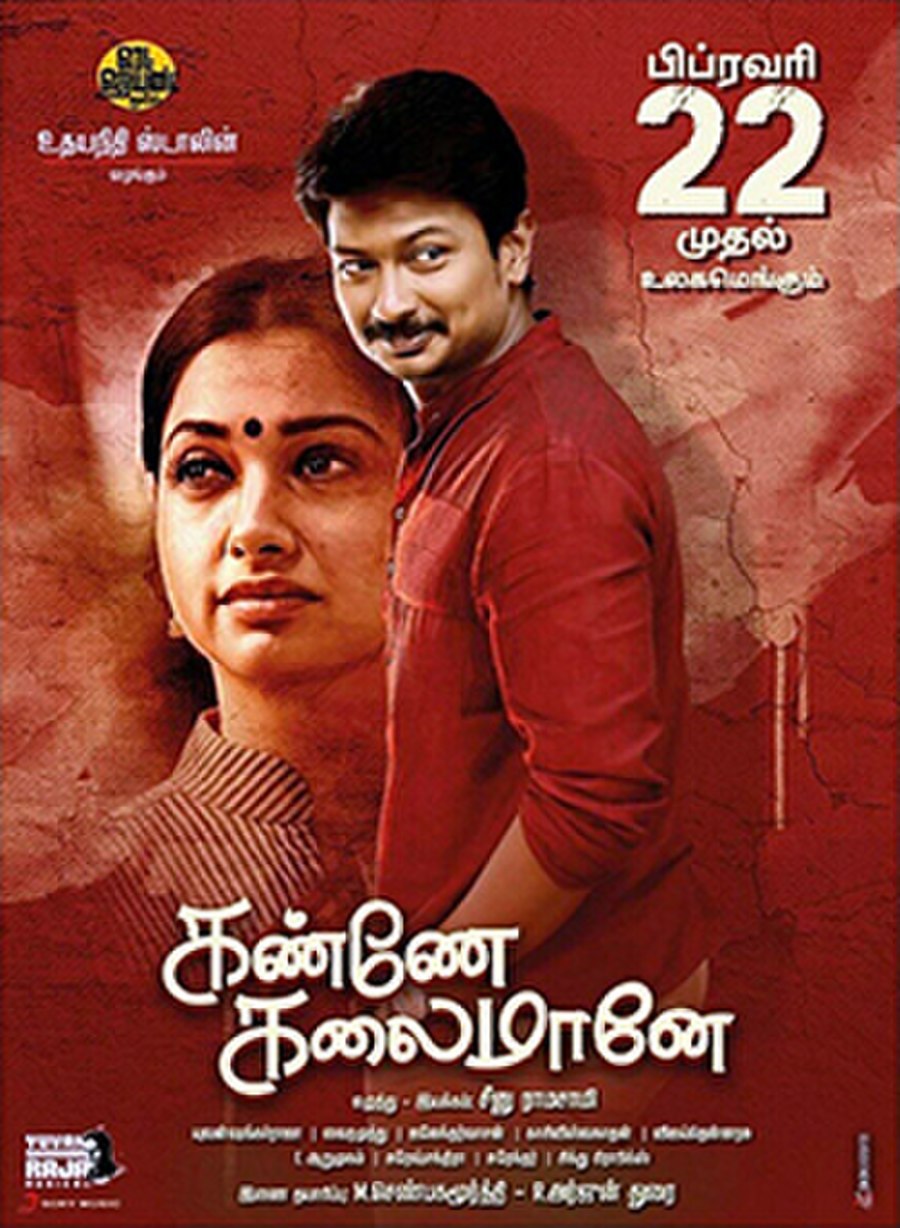 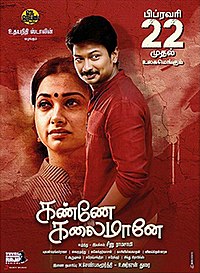 Kanne Kalaimaane is a 2019 Indian Tamil-language romantic drama film written and directed by Seenu Ramasamy. The film stars Udhayanidhi Stalin and Tamannaah in the lead roles. The film is produced by Udhayanidhi under his Red Giant Movies. The music was composed by Yuvan Shankar Raja, and the film released on 22 February 2019.

Kamalakannan (Udhayanidhi Stalin), an agriculture graduate doing organic farming, meets with the newly-appointed bank manager Bharathi (Tamannaah) regarding unpaid bank loans. She later learns about his aide to the poor village people by obtaining loans for them and comes to appreciate him. The romance opens to a wedding after a meeting between both families. Kannan's father Ramasamy (Poo Ram) and grandmother Appatha (Vadivukkarasi) are skeptic about Bharathi as an educated and well-employed woman's integration to their simple rural family. Ramasamy arranges for the couple to live in a separate house to avoid problems between Appatha and Bharathi, as she does not approve that Bharathi continues her work after marriage. Suddenly, Bharathi loses her vision and Kannan takes her to hospital where it is diagnosed that the blindness is heredity related and there is no treatment available to cure (Bharathi's mother also lost her vision a few years back). Bharathi feels bad and requests Kannan to not to inform his family as they might develop even more hatred towards her. Kannan tries hard to get Bharathi cured by taking her to different hospitals. Kannan borrows money from a local money lender for meeting Bharathi's medical expenses. As Kannan is unable to repay, the money lender hits him in front of everyone which shocks Kannan's father and appatha. Appatha gets furious and repays Kannan's debt to the money lender. Appatha visits Kannan's home and finds the truth about Bharathi's situation. Appatha feels sad for Bharathi and takes her along with her to her home. Kannan, upon knowing this feels happy that Bharathi is accepted by his family. Bharathi also feels happy about the care shown by appatha. Kannan gets a phone call from the doctor referring Bharathi to meet a doctor in Delhi who seems to be able to cure her blindness. The movie ends with Kannan and Bharathi travelling to Delhi.