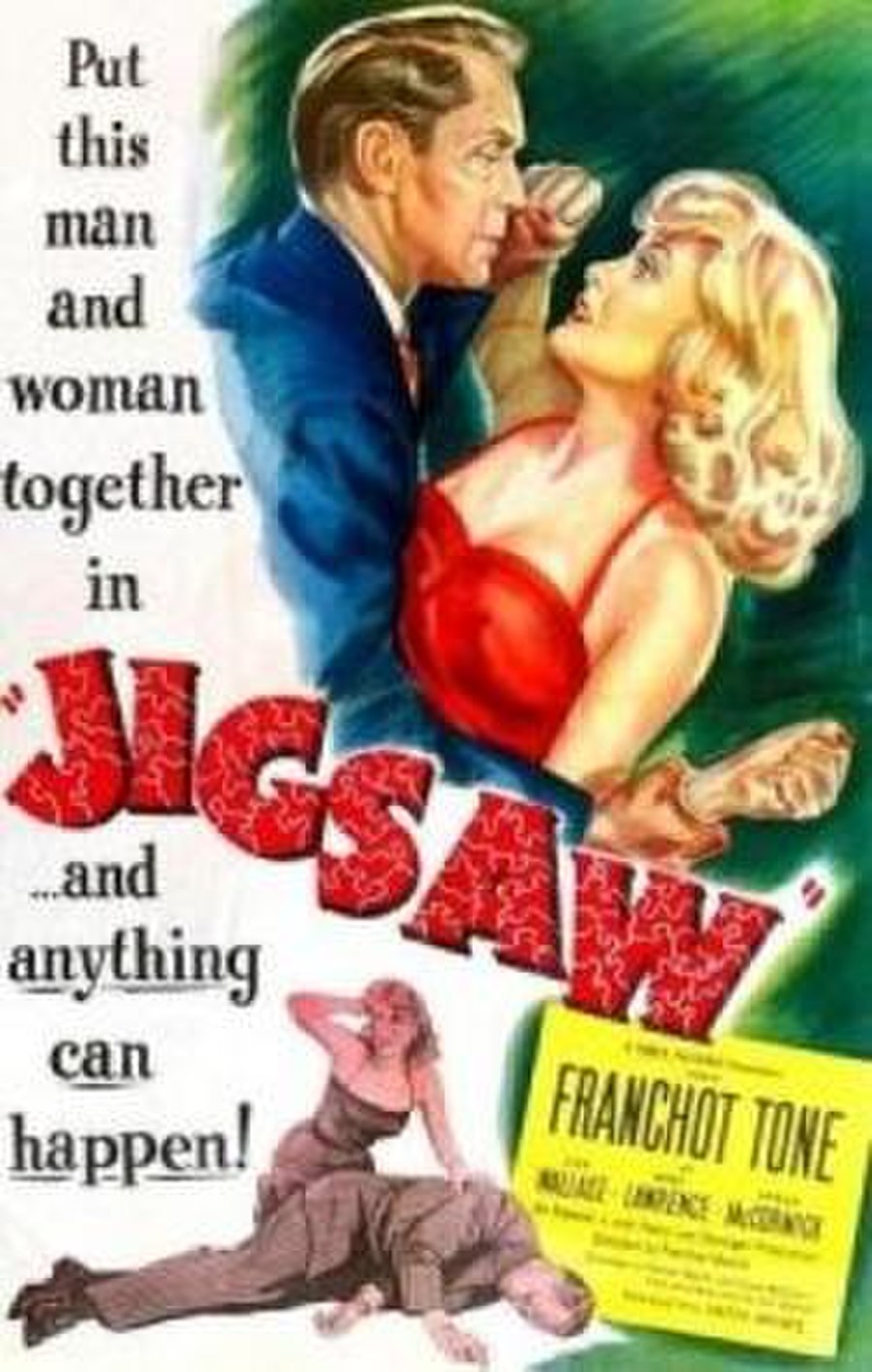 Jigsaw is a 1949 American film noir crime drama directed by Fletcher Markle starring Franchot Tone, Jean Wallace and Marc Lawrence. The feature was produced by the Danziger Brothers, Edward J. Danziger and Harry Lee Danziger, from a screenplay by Vincent McConnor and Fletcher Markle, based on a story by John Roeburt.

The title refers to a jigsaw puzzle and the story begins with the murder of a print shop owner that is quickly labeled a suicide. But newspaper columnist Charlie Riggs is convinced that it was a murder related to a white neo-fascist organization called the Crusaders and imparts this suspicion to Assistant District Attorney Howard Malloy. He also publishes this opinion in his column. Then Riggs himself is murdered, inducing Malloy to launch an investigation into the Crusaders. Because the group appears to be getting backing from organized crime, Malloy looks there, soon receiving unsolicited help from a crime boss called Angel, who recommends him for the position of special prosecutor.