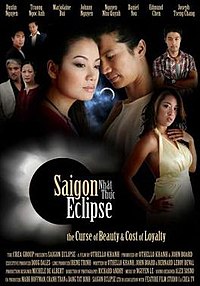 The story relates the destiny of a young, beautiful and talented Vietnamese woman who sacrifices herself for her family. The film chronicles the fate of Kieu, a beautiful young girl, who soon after her secret engagement, returns home to find her father is about to be imprisoned on trumped-up charges. Kieu offers herself in payment for her father's debt without fully understanding the ramifications of the decision. Du's poem was written as an allegory for Vietnam, which has often been possessed and abused by others.