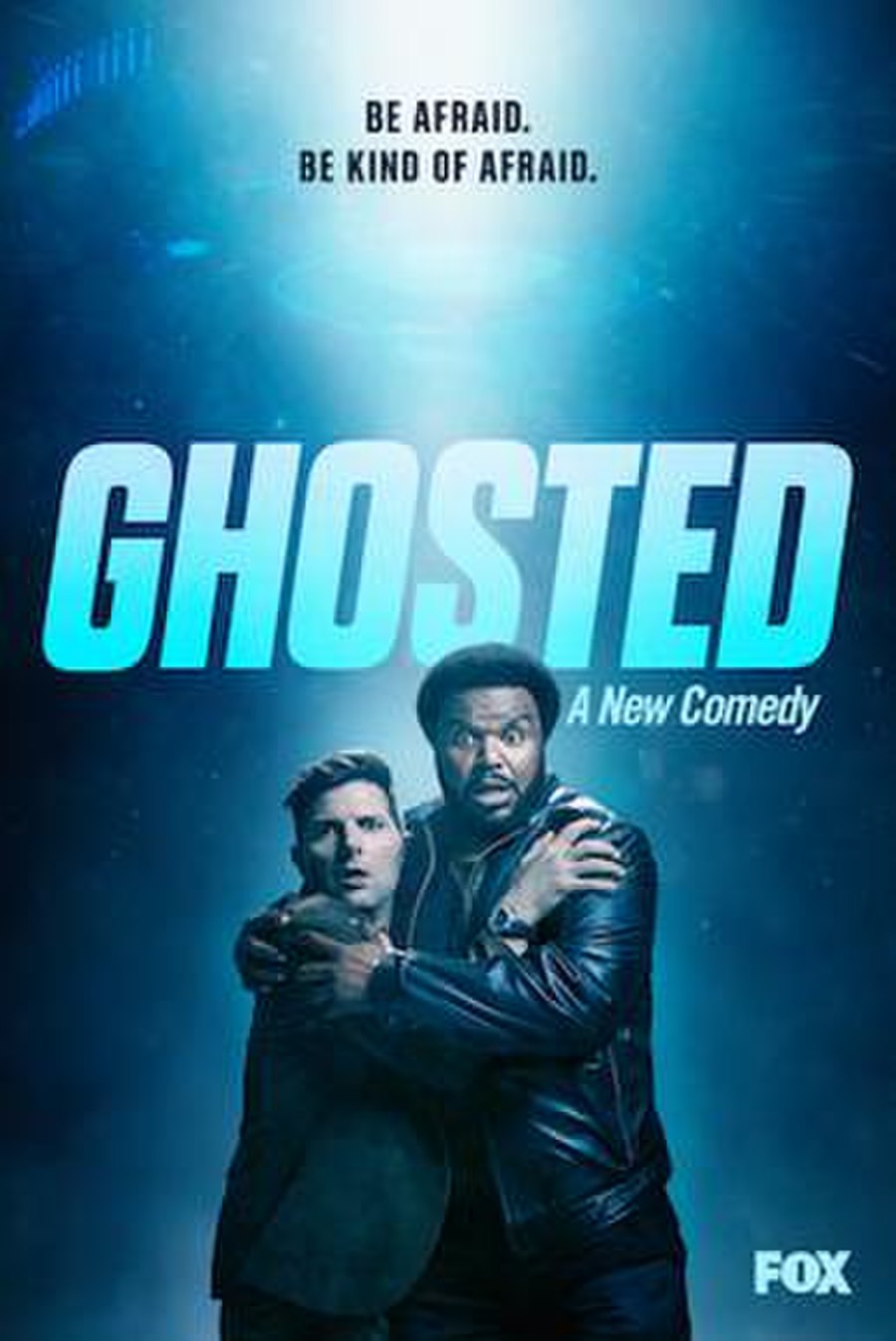 Ghosted is an American supernatural sitcom that premiered on Fox on October 1, 2017. The series debuted via streaming on the social media website Twitter on September 21 and 24, 2017. The show stars Craig Robinson and Adam Scott as two polar opposites recruited to investigate paranormal activity in Los Angeles. On November 29, 2017, it was announced that Fox had ordered 6 more episodes, for a total of 16. On June 28, 2018, Fox cancelled the series after one season.

The series follows a sharp-witted skeptic and a genius true believer in the paranormal who are recruited by an organization called The Bureau Underground to investigate a series of "unexplained" activities that are occurring in the Los Angeles area, which are supposedly tied to a mysterious entity that could threaten the existence of the human species. The second part of the season then focuses on conspiracy theories following Leroy and Max finding the Bureau Underground is bugged and questionings if Paranormal activities actually exist.