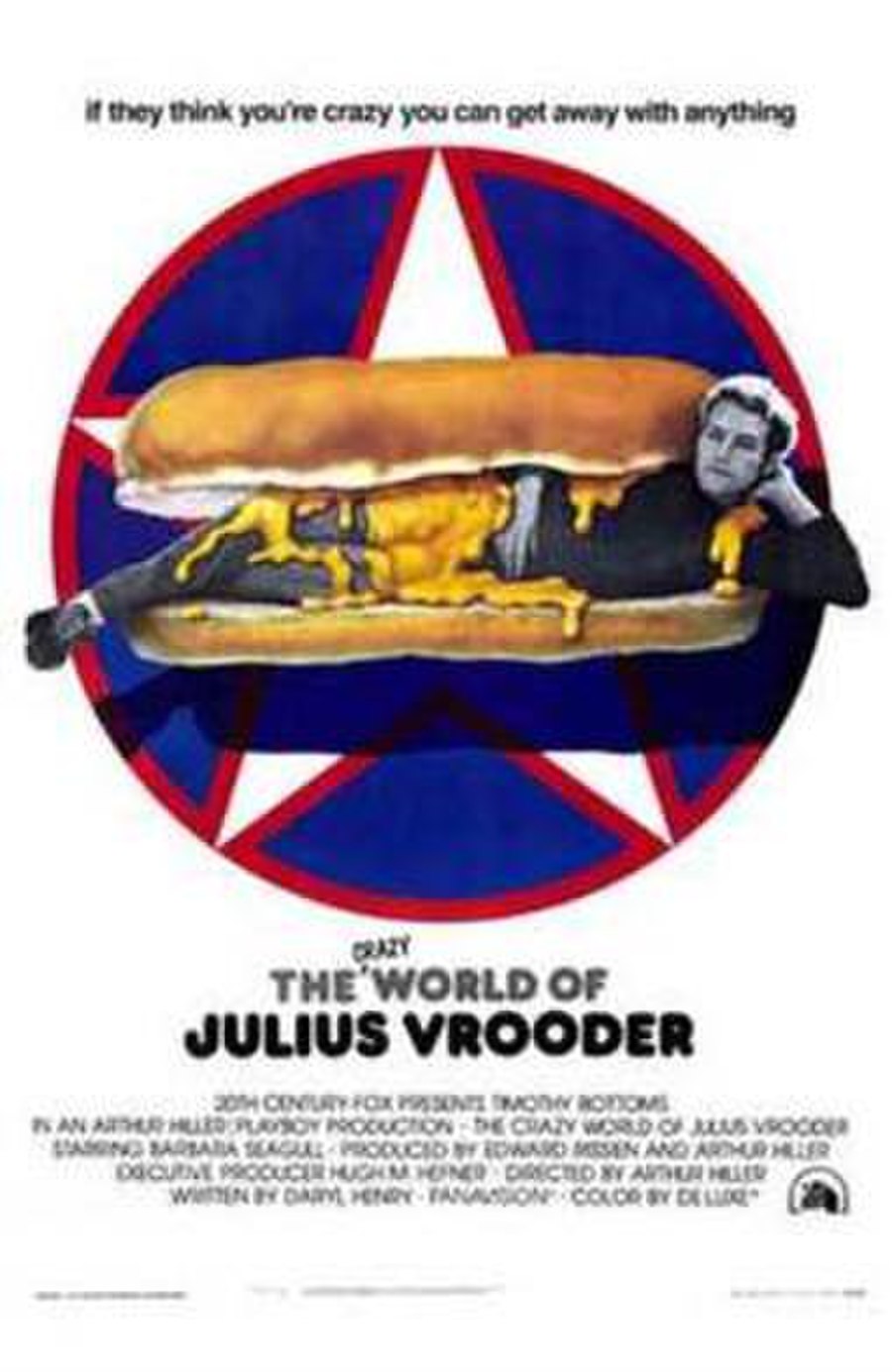 The Crazy World of Julius Vrooder 1974

The Crazy World of Julius Vrooder is a 1974 film from Playboy Enterprises directed by Arthur Hiller and produced by Hugh Hefner. This was the final film for actor George Marshall.

A Vietnam veteran who pretends to be insane ends up being admitted to the V.A. Hospital. He escapes and builds an underground bunker, which he equips with utilities such as electricity, and also falls in love with his nurse, Zanni.