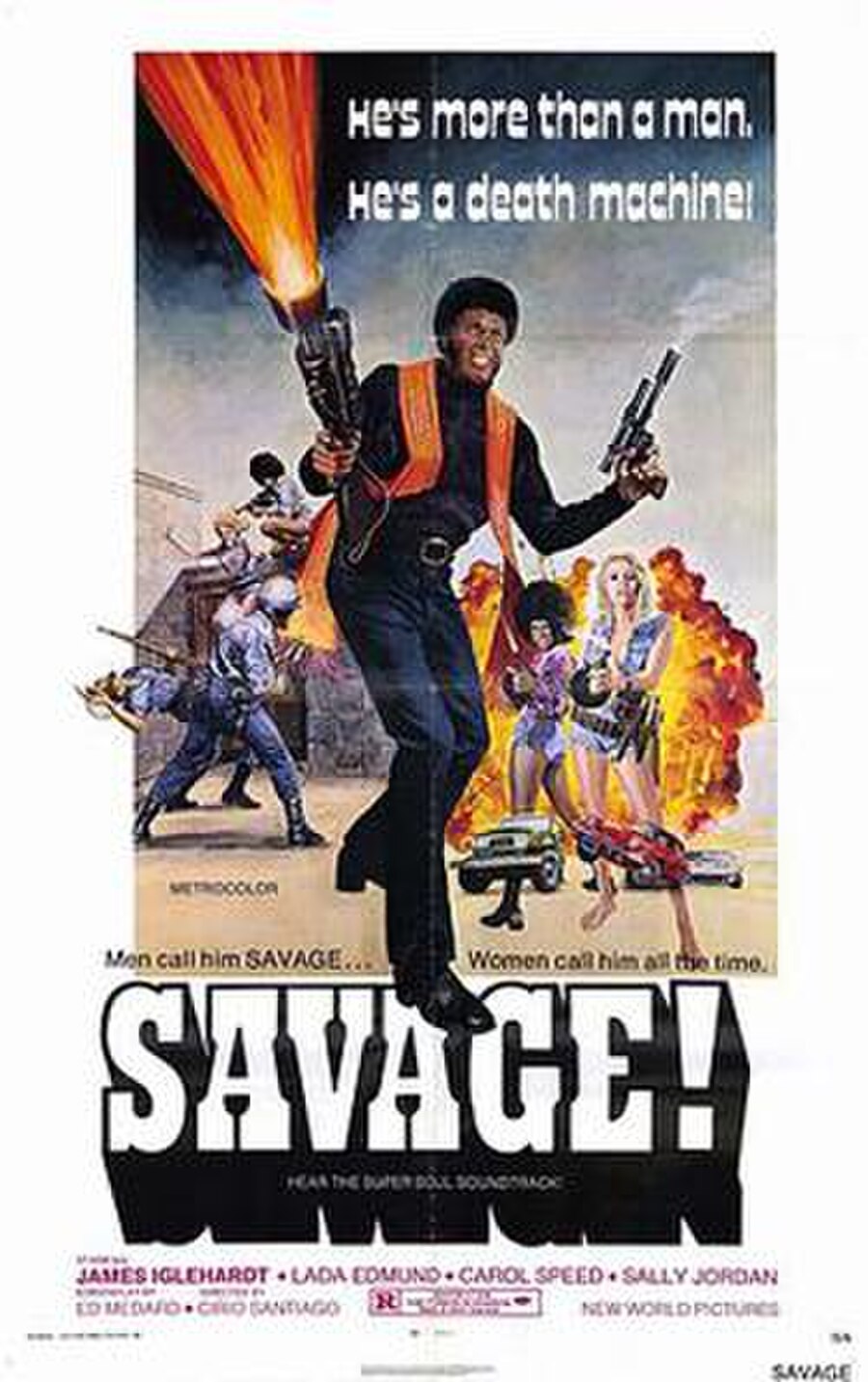 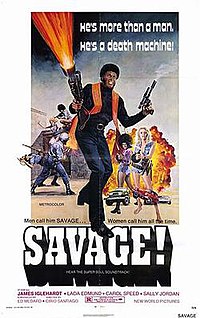 Savage! is a 1973 American-Philippines action film with elements of blaxploitation. The funding and distribution came from Roger Corman's New World Pictures which also provided the leading players from among a number of American actors who regularly appeared in such features. It was produced and directed by Cirio H. Santiago who, between 1973 and his death in 2008, partnered with Corman on over 40 Philippines-based action-adventure exploitation films which took advantage of much lower local production costs.

The main character played by James Iglehart is a criminal on the run who gets involved in a revolution against a military government. An unnamed tropical country in Central or South America is governed by a military dictatorship. Jim Haygood starts out working for the government to defeat rebel forces and capture the rebel leader Moncada. Later he becomes appalled by his superiors' abuses and brutality, subsequently sides with the rebels and becomes known under the nom de guerre "Savage". He is joined by two American friends who are performers at the local American club — knife-thrower Vicki and acrobat Amanda.