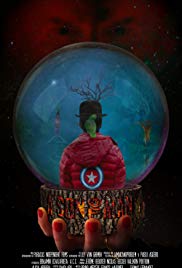 A Son of Man is a 2018 Ecuadorian adventure film directed by Jamaicanoproblem and co- directed by Pablo Agüero. It was selected as the Ecuadorian entry for the Best Foreign Language Film at the 91st Academy Awards, but it was not nominated.

A circumspect American teenager from Minneapolis joins his mysterious father in Ecuador, where they embark on a treasure hunt for Incan gold.