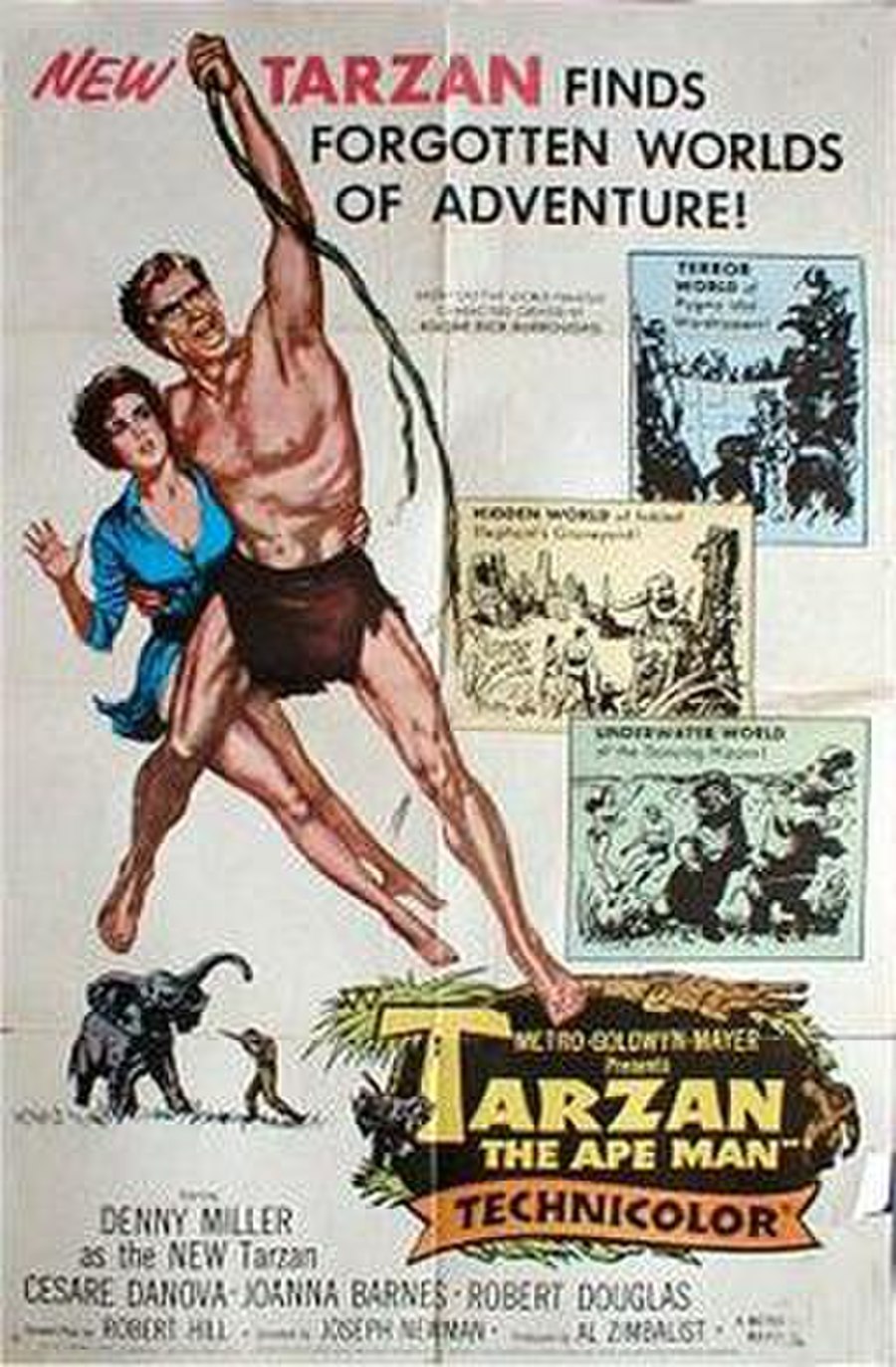 Tarzan, the Ape Man is a 1959 Technicolor action adventure film released by Metro-Goldwyn-Mayer starring Denny Miller as Tarzan, Joanna Barnes as Jane, Cesare Danova, and Robert Douglas. The film is loosely based on Edgar Rice Burroughs' novel Tarzan of the Apes, and is a remake of the classic 1932 film of the same name. The film was directed by Joseph M. Newman, and the score was composed by jazz musician Shorty Rogers. MGM would release another remake of the film in 1981.

The plot of the film reprises that of the 1932 version, with James Parker (Robert Douglas) Harry Holt (Cesare Danova) and Parker's daughter Jane (Joanna Barnes) on an expedition in Africa in which they encounter Tarzan (Denny Miller), a wild man raised by apes. Various adventures ensue.