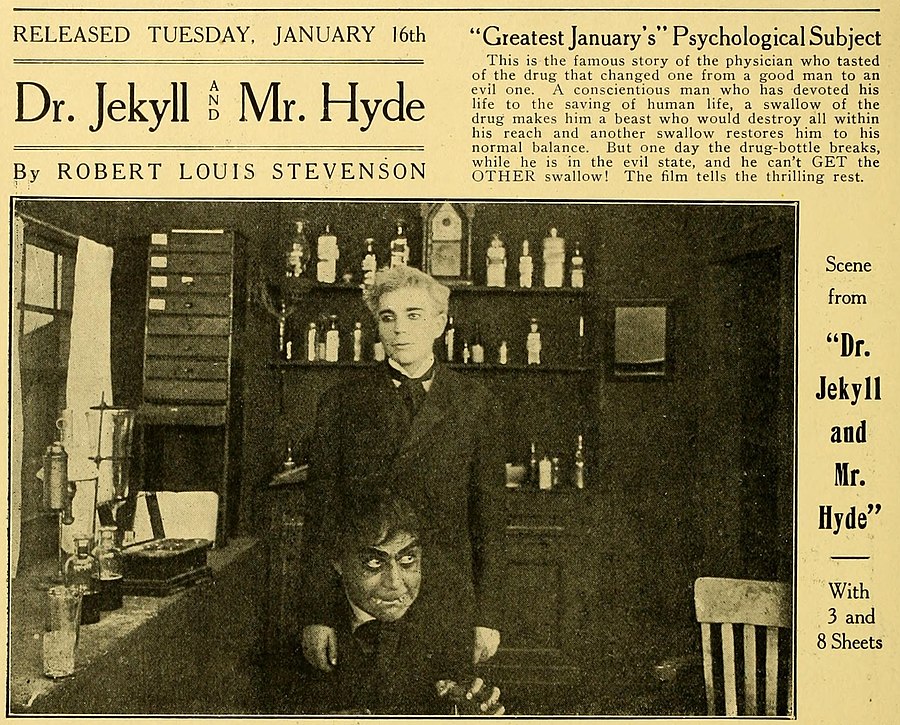 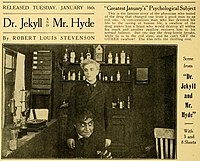 White-haired Dr. Jekyll has secretly locked himself in his laboratory administering himself with a vial of formula. He slumps into his chair with his head on his chest. Slowly, as the drug takes effect, a dark-haired, taloned beast with two large fangs now appears in the chair. After repeated use, Jekyll's evil alter ego emerges at will, causing Jekyll to knock a little girl down in the street and even to murder his sweetheart's father (the local minister). The evil personality scuttles back to the laboratory only to discover that the antidote is finished and that he will have to remain as Mr. Hyde forever. A burly policeman breaks down Jekyll's door with an ax to find the kindly doctor dead from drinking poison.