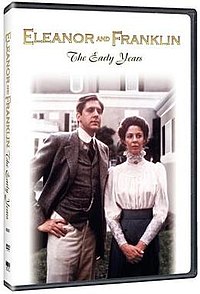 Eleanor and Franklin: The White House Years is a 1977 American made-for-television film and a sequel to Eleanor and Franklin (1976). Originally airing on March 13, 1977, it was part of a two-part biographical film directed by Daniel Petrie based on Joseph P. Lash's Pulitzer prize-winning biography chronicling the lives of the 32nd U.S. President and the first lady. Joseph Lash was a secretary and confidant of Eleanor and wrote other books on the couple.