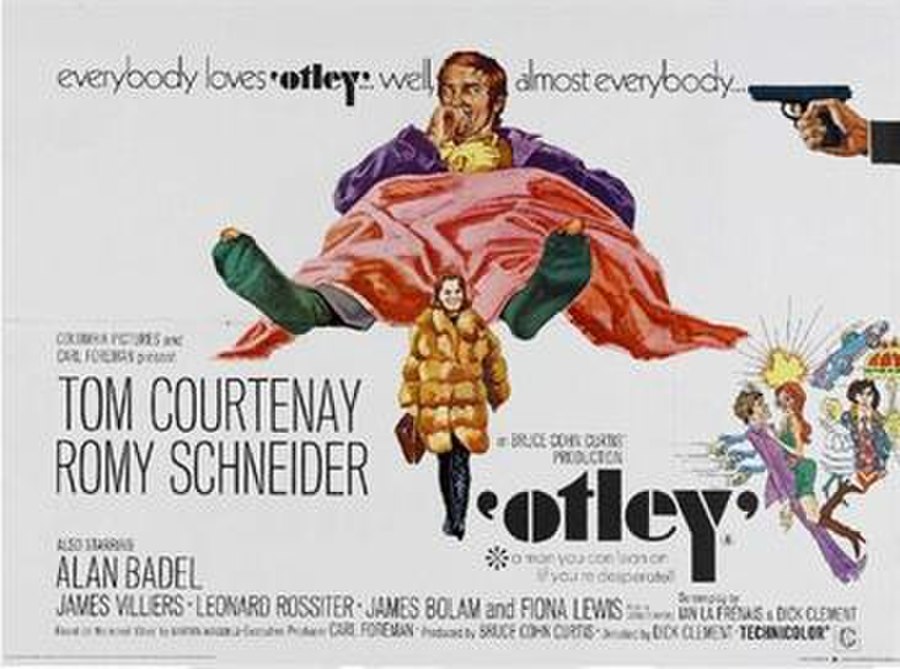 Otley is a 1968 British comedy thriller film, starring Tom Courtenay and Romy Schneider. It was adapted by Dick Clement and Ian La Frenais from a book by Martin Waddell, and released by Columbia Pictures.

Tom Courtenay plays Gerald Arthur "Gerry" Otley, a charming but feckless young drifter who scrapes a living from selling antiques in trendy 1960s London. Gerry's responsibility-free life suddenly takes a serious turn, when he finds himself caught up in a round of murder, espionage and quadruple crossing. He is mistaken for a spy; is kidnapped and detained several times; and becomes romantically involved with a foreign agent (Romy Schneider) working for British Intelligence.