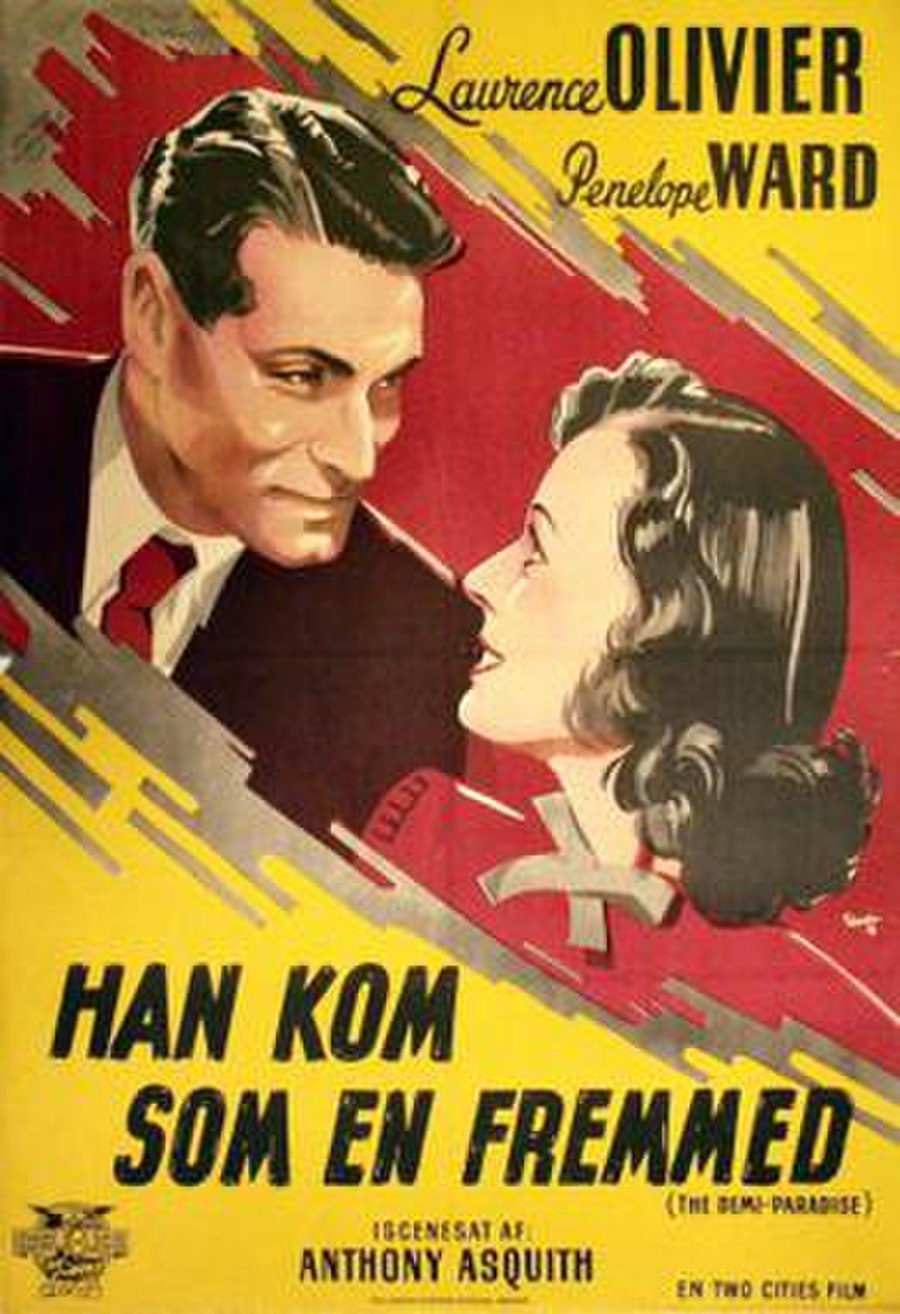 The Demi-Paradise (also known as Adventure for Two) is a 1943 British comedy film made by Two Cities Films. It stars Laurence Olivier as a Soviet Russian inventor who travels to England to have his revolutionary propeller manufactured, and Penelope Dudley-Ward as the woman who falls in love with him. It was directed by Anthony Asquith and produced by Anatole de Grunwald and Filippo Del Giudice from a screenplay by de Grunwald. The music score was by Nicholas Brodszky and the cinematography by Bernard Knowles.

Ivan Kouznetsoff (Laurence Olivier), a Russian inventor, travels to England to introduce the British shipping industry to his newly invented and improved propeller blade. There he meets socialite Anne Tisdall (Penelope Dudley-Ward), and falls for her. Meeting Anne and hearing her views turn his own previous conceptions about the capitalist system and its degenerates upside down. After a lovers' quarrel, Ivan heads back to Russian only to be recalled to England a year later to smooth out imperfections in his design. Despite his efforts, his modifications prove to be unsound and he seems destined to return to the Soviet Union in disgrace.