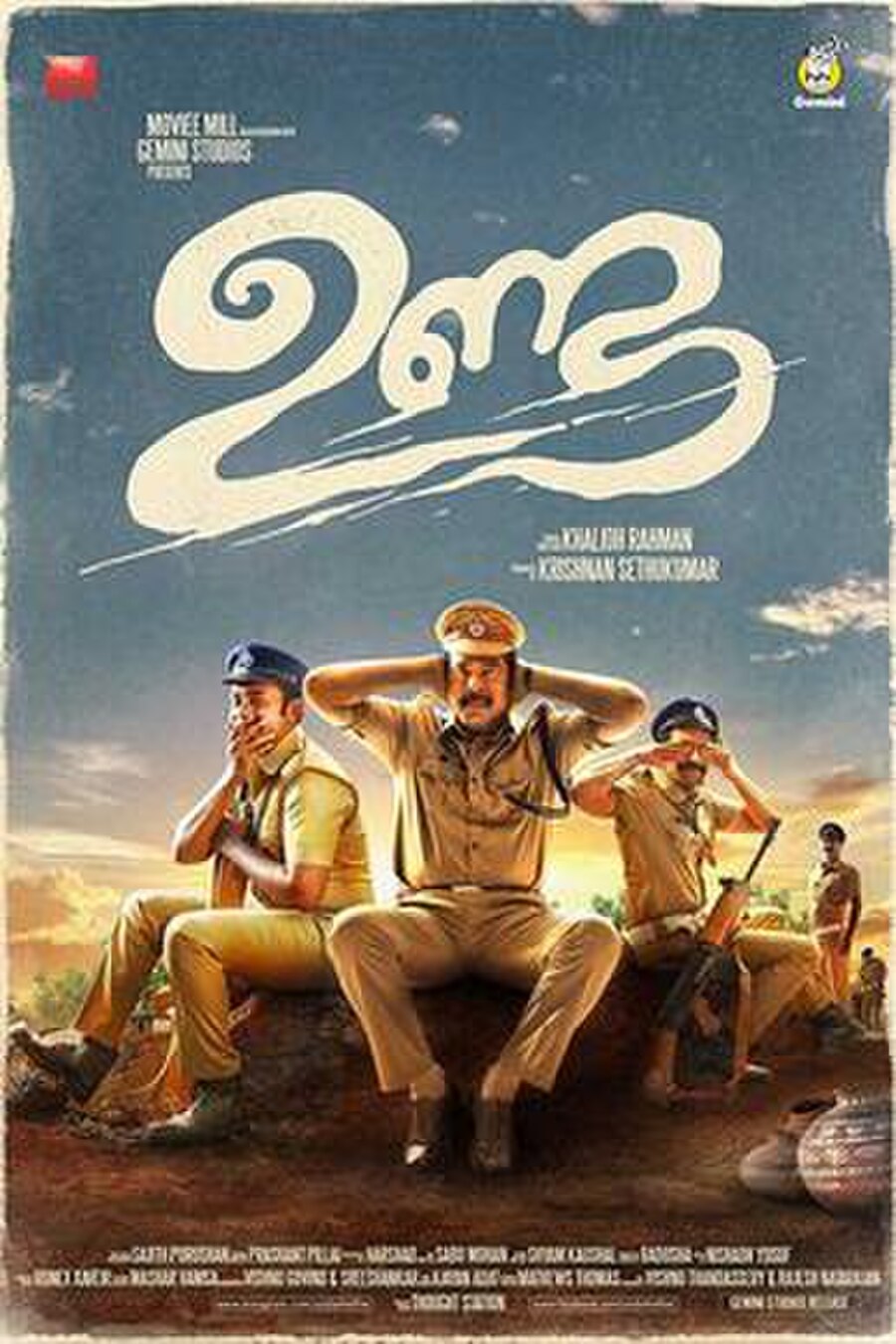 Unda is a 2019 Indian Malayalam-language black comedy film, directed by Khalid Rahman and scripted by Harshad from Rahman's story. Krishnan Sethukumar produced the film under the banners of Moviee Mill and Gemini Studios. The film stars Mammootty, Shine Tom Chacko, Jacob Gregory and Arjun Ashokan. The story is based on a real incident that occurred at the time of the 2014 Lok Sabha election, when a police unit from Kerala was sent to a Maoist affected area of Chhattisgarh as part of election duty. Sajith Purushan was the film's cinematographer, and its soundtrack and score were composed by Prashant Pillai.

Police units from the Kerala Police camp in Idukki are preparing to go for their other state election duty. They are briefed by their senior officer Sam J. Mathan (Kalabhavan Shajohn) that the duty will be in Chhattisgarh, Madhya Pradesh and Jharkhand and will last for 40 days. He also emphasizes on the statement to use ammunition only when necessary. A unit under CI Mathews Anthony (Ranjith) arrives in Bastar at Chhattisgarh, which is one of the most dangerous Maoist affected red belts in India. Due to the unavailability in accommodating all the police teams in the ITBP camp, they are forced to find shelter in their respective polling booths assigned to them until the Election Day. On their way to the booths, they split as three teams with Mani (Mammootty) leading one. That very night, they receive a wireless message informing about a Maoist attack likely to happen. Though they became alert with loaded guns, no such attack happened over-night. The next day morning, ITBP Commandant Dakota Akanito (Chien Ho Liao) finds the team very irresponsible and makes them understand the seriousness of their duty showing them footage of people killed during Maoist attacks in the past. He becomes shocked when he comes to know that the team is not even provided with sufficient bullets and ammunition by the State Government.