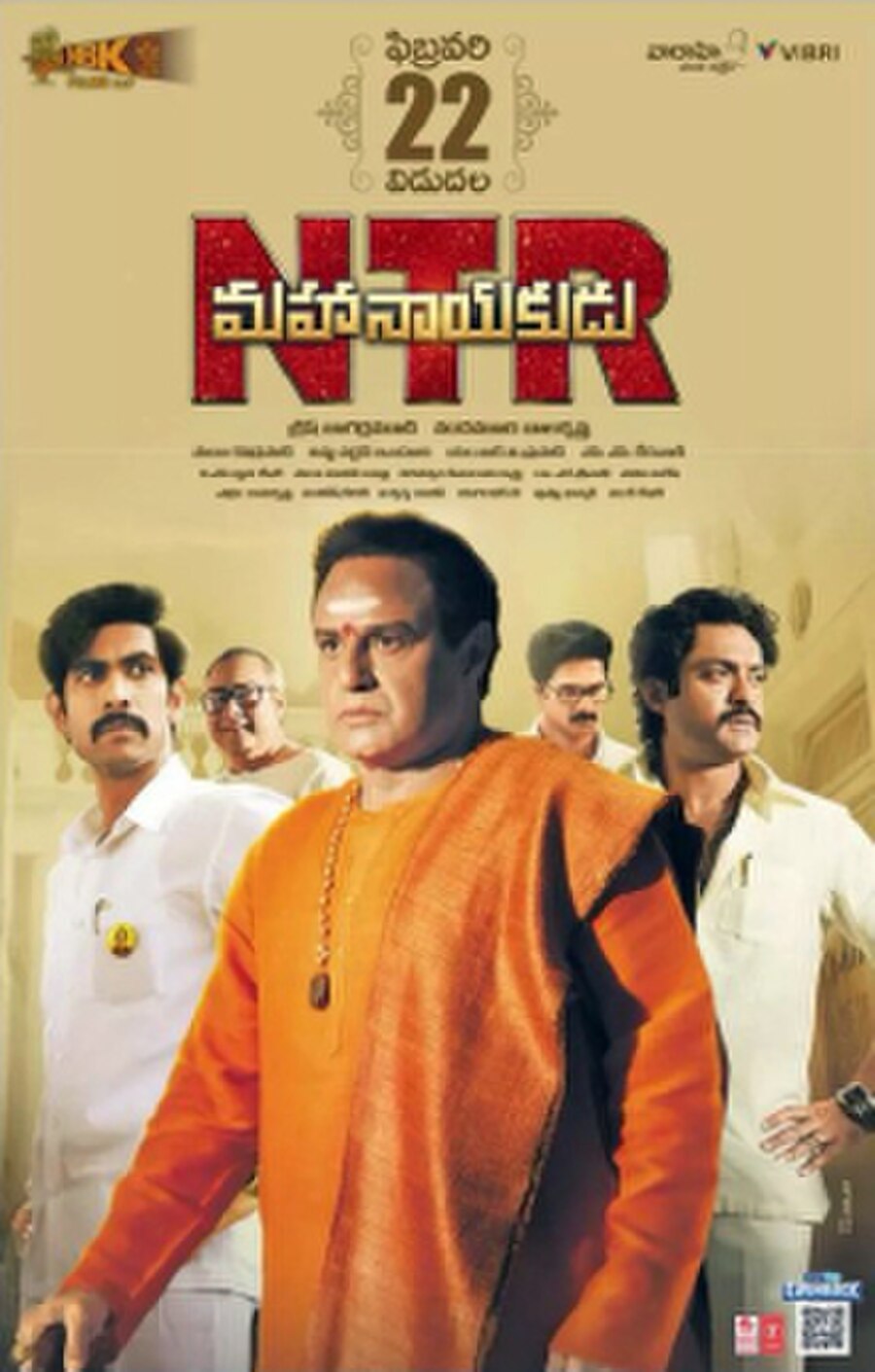 N.T.R: Mahanayakudu is a 2019 Indian Telugu-language biographical film, based on the real life and political career of N. T. Rama Rao, produced by Nandamuri Balakrishna, Sai Korrapati, Vishnu Induri under NBK Films, Vaaraahi Chalana Chitram, Vibri Media banners and directed by Krish. It is the second movie in a two-part series, with the first being N.T.R: Kathanayakudu. The film stars Nandamuri Balakrishna, Vidya Balan, Nandamuri Kalyan Ram, Rana Daggubati in the lead roles and its music is composed by M. M. Keeravani. The film received negative reviews and became a box-office bomb.

The film begins, after NTR announces his party as Telugu Desam. N. T. Rama Rao (Nandamuri Balakrishna) designs his flag & agenda. He wants to tour across the erstwhile Andhra Pradesh. So, he orders his son Nandamuri Harikrishna (Nandamuri Kalyan Ram) to repair an old Chevrolet van to use it for his campaign and names it as Chaitanya Ratham. He then starts his journey, with Harikrishna as his charioteer and his son-in-law Daggubati Venkateswara Rao (Bharath Reddy) also accompanies him. He struggles hard by traveling all over the state for restoring the dignity of the Telugu people and acquires their faith & admiration. The center gets frightened as Andhra Pradesh is major-league to them. So, Prime Minister Indira Gandhi (Supriya Vinod) advances the elections and also appoints Kotla Vijaya Bhaskara Reddy (Varla Ramaiah) as the new Chief Minister. In that situation, Nadendla Bhaskar Rao (Sachin Khedekar) prepares the list of candidates who are ex MPs & MLAs with bad conduct. Rama Rao denies and replaces them with new young blood.