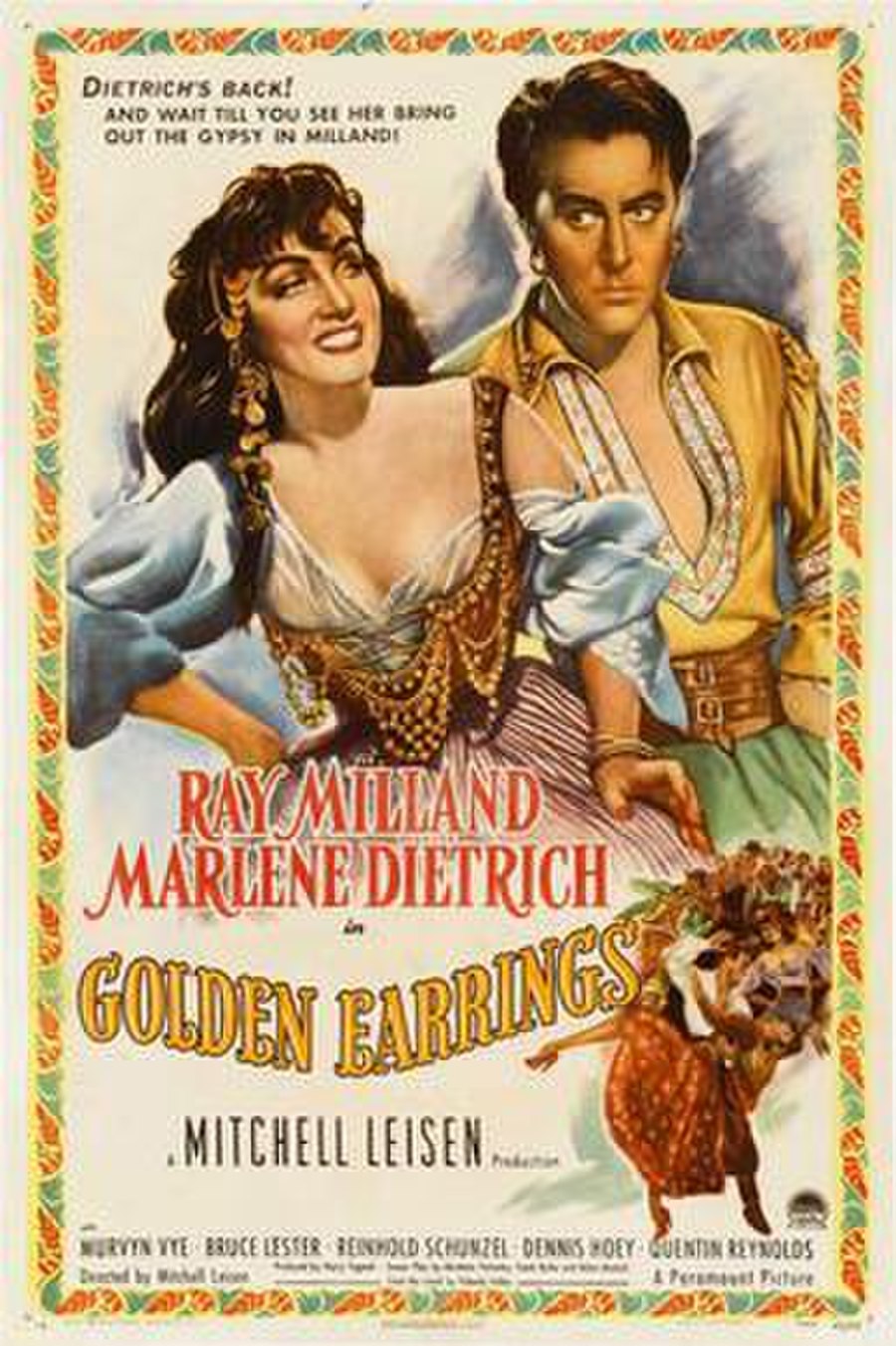 Golden Earrings is a 1947 romantic spy film made by Paramount Pictures and starring Ray Milland and Marlene Dietrich. It was directed by Mitchell Leisen and produced by Harry Tugend from a screenplay by Frank Butler, Helen Deutsch and Abraham Polonsky, based on a novel by Jolán Földes. The music score was by Victor Young and the cinematography by Daniel L. Fapp.

Starting in London, England in 1946 after World War II had been declared over, at a Hotel two items were delivered: a small package for a retired British Major General Ralph Denistoun, and a telegram for an American named Quentin Reynolds. The boy who was the bellhop dropped the telegram off to Quentin Reynolds first and he then took the small package across the room to Ralph Denistoun. When Ralph saw on the box where it had come from he got behind a curtain and opened it. The package had a pair of golden earrings in it.