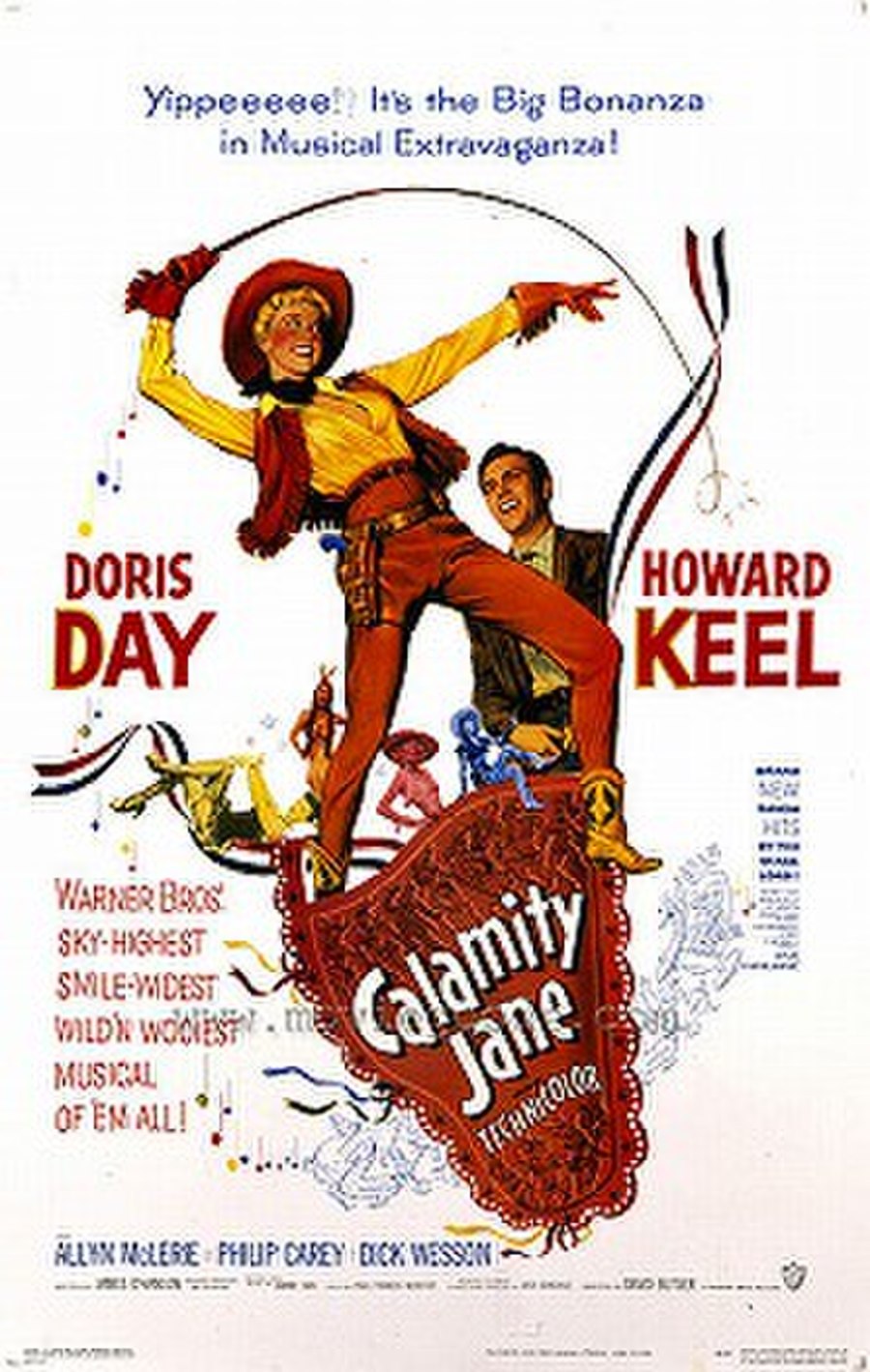 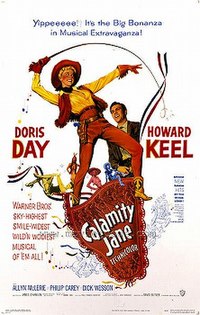 Calamity Jane is a 1953 American Technicolor western musical film loosely based on the life of Wild West heroine Calamity Jane, and explores an alleged romance between Calamity Jane and Wild Bill Hickok in the American Old West. The film starred Doris Day as the title character and Howard Keel as Hickok. It was devised by Warner Bros. in response to the success of Annie Get Your Gun.

Calamity Jane (Doris Day) rides into Deadwood, Dakota Territory as shotgun messenger on the stagecoach. When boasting of her stagecoach's hazardous journey through Indian Territory the men laugh at her exaggerated account of an attack by the Sioux. No one is laughing when survivors of an Indian attack come through and relate that the man Calamity has set her sights on, US Cavalry Lt Danny Gilmartin (Philip Carey) was killed. When Calamity presses the survivors for the way Gilmartin was killed they admit they don't know and fled in fright. An enraged Calamity rides into the encampment of a Sioux war party with her six shooters blazing to rescue the captured Danny.