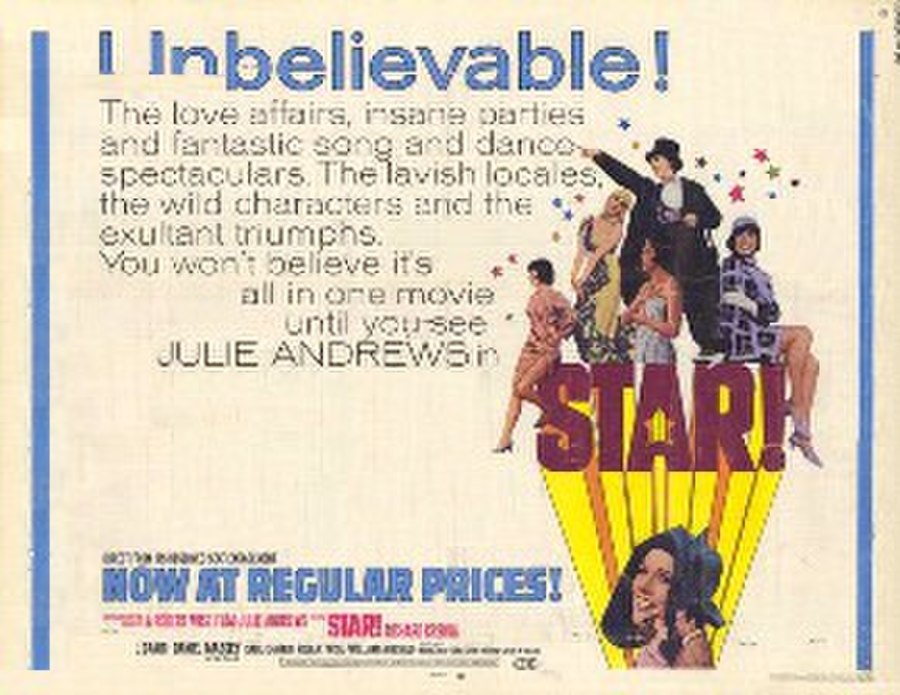 Star! (re-titled Those Were the Happy Times for its 1969 re-release) is a 1968 American biographical musical film directed by Robert Wise and starring Julie Andrews. The screenplay by William Fairchild is based on the life and career of British performer Gertrude Lawrence.

The film opens in 1940, with Lawrence in a screening room watching a documentary film chronicling her life, then flashes back to Clapham in 1915, when she leaves home to join her vaudevillian father in a dilapidated Brixton music hall. Eventually she joins the chorus in André Charlot's West End revue. She reunites with close childhood friend Noël Coward who provides witty commentary on Gertie's actions.