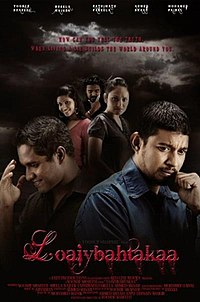 Majid (Ahmed Nimal) receives the news of Arifa's (Aminath Shareef) sudden illness who has been diagnosed with a cardiovascular disease. He promptly visits her and she makes him promise to look after their son, Najah, whose parenthood is being hidden to the world and has being forcibly relocated to another island two months back. Majid's wife, Sharmeela (Fauziyya Hassan) reluctantly agrees to welcome his son to their home although she announced her detestation. Najah, unable to survive criticism and verbal abuse from his step mother agrees to go back to his island and stays at Guraidhoo Centre.