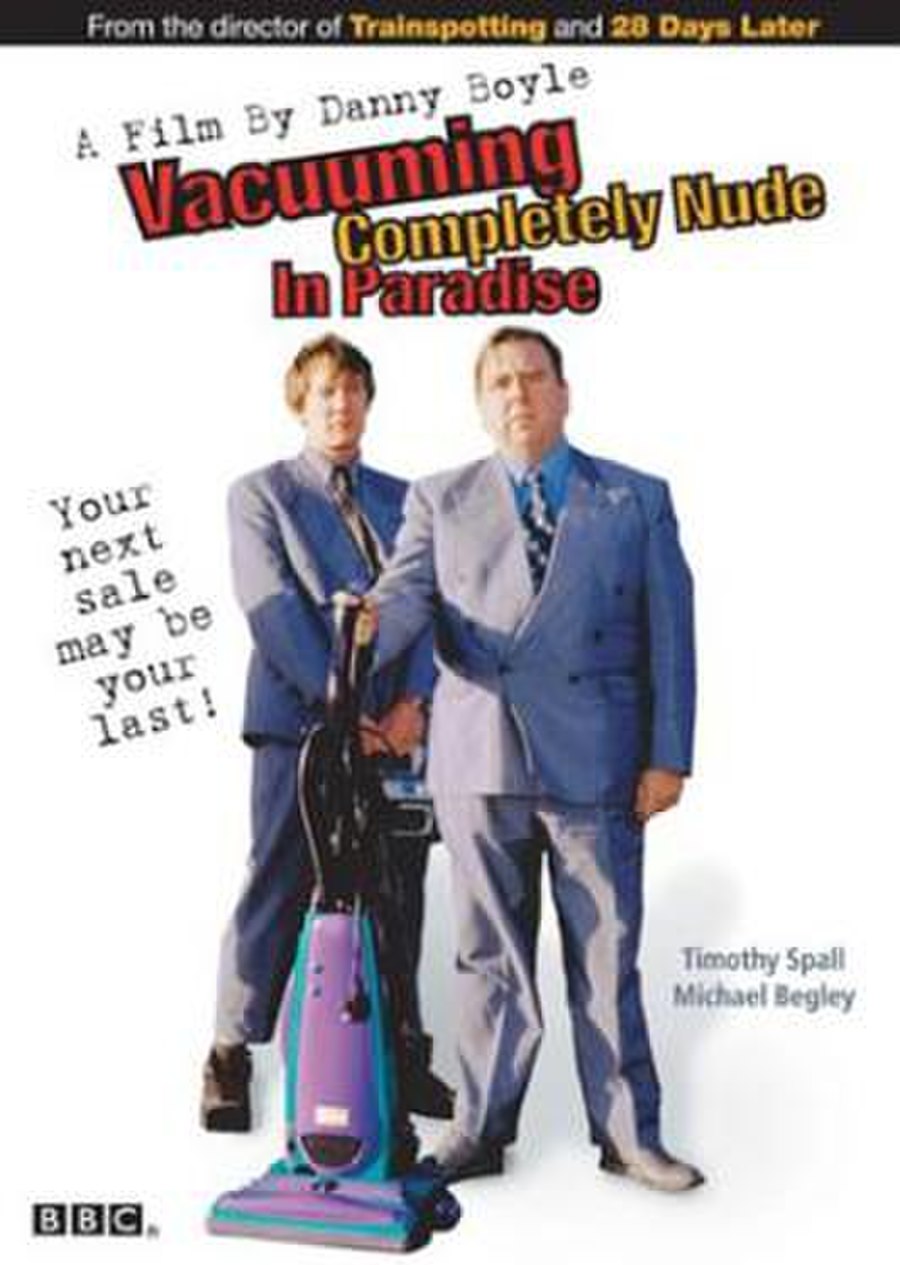 Vacuuming Completely Nude in Paradise is a television film directed by Danny Boyle released and produced by BBC in association with Destiny Films for BBC Two on 30 September 2001. A satire on door-to-door salesmen, it stars Timothy Spall, who was nominated for a British Academy Television Award for Best Actor for his performance.

Pete, a young man trying to make a living by creating mixtapes of electronic music, acts as a DJ accompanying his girlfriend Sheila while she performs a stripogram at a retirement party for 'Throat', an elderly vacuum salesman with two weeks to live. 'Throat' dies at the party and Pete is offered a job as a replacement for 'Throat'. For his training period, Pete is paired with Tommy Rag, a gruff and aggressive high-performing salesman who feels superior to the rest of the office and views a salesman nicknamed 'Pockmark' as his only real competition for the next prize for leading sales, a two-week vacation in Benidorm.