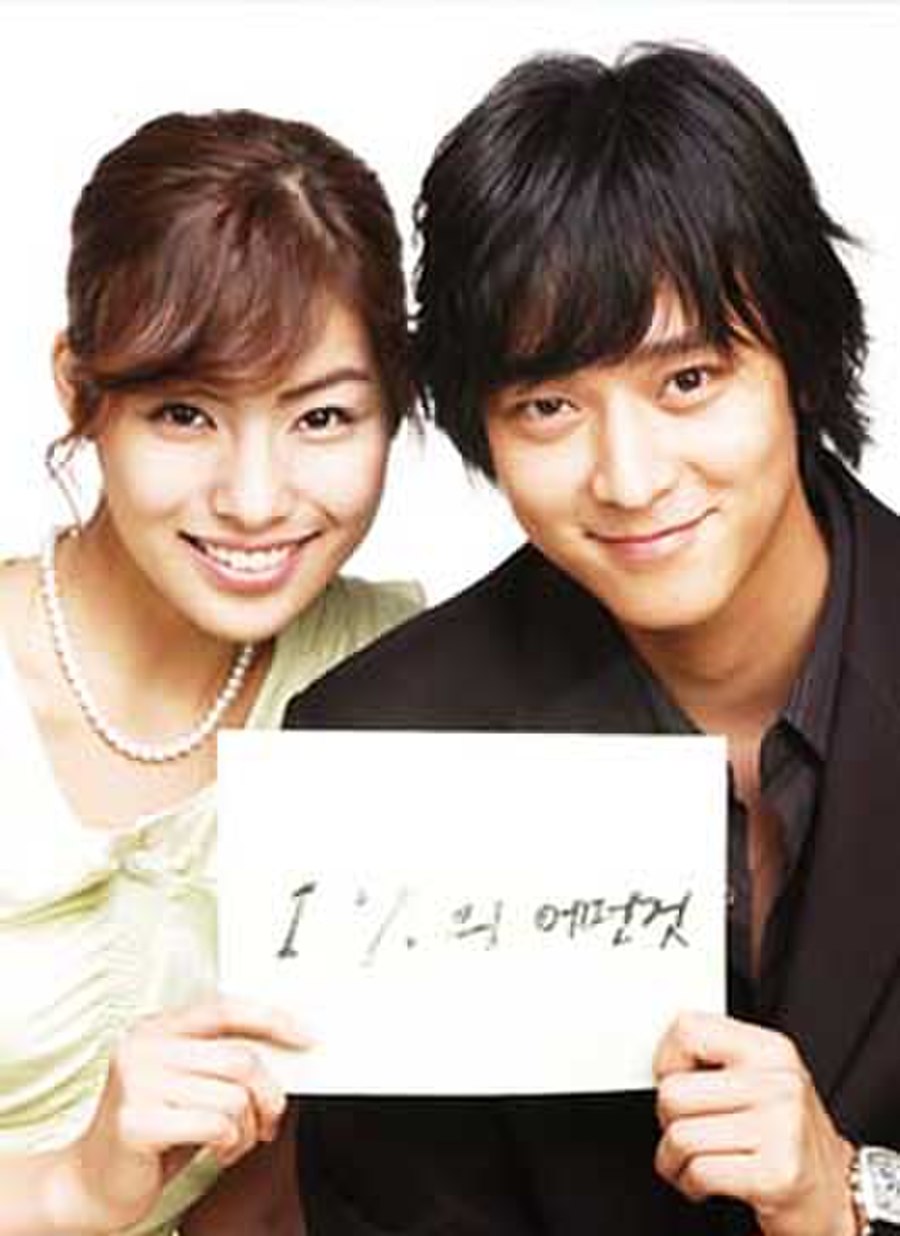 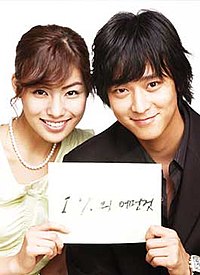 Something About 1% is a South Korean TV drama that was broadcast on Sunday mornings for 26 episodes from July 6, 2003, to December 28, 2003. Its central characters are played by film star Gang Dong-won and Kim Jung-hwa of SBS's 2002 TV drama, Glass Slippers. This romantic comedy drama series is based on an original novel of the same title, and it is a classic tale of boy-meets-girl. The plot follows traditional love stories of clashing personalities, familial obstacles and triumphant love-conquers-all themes.