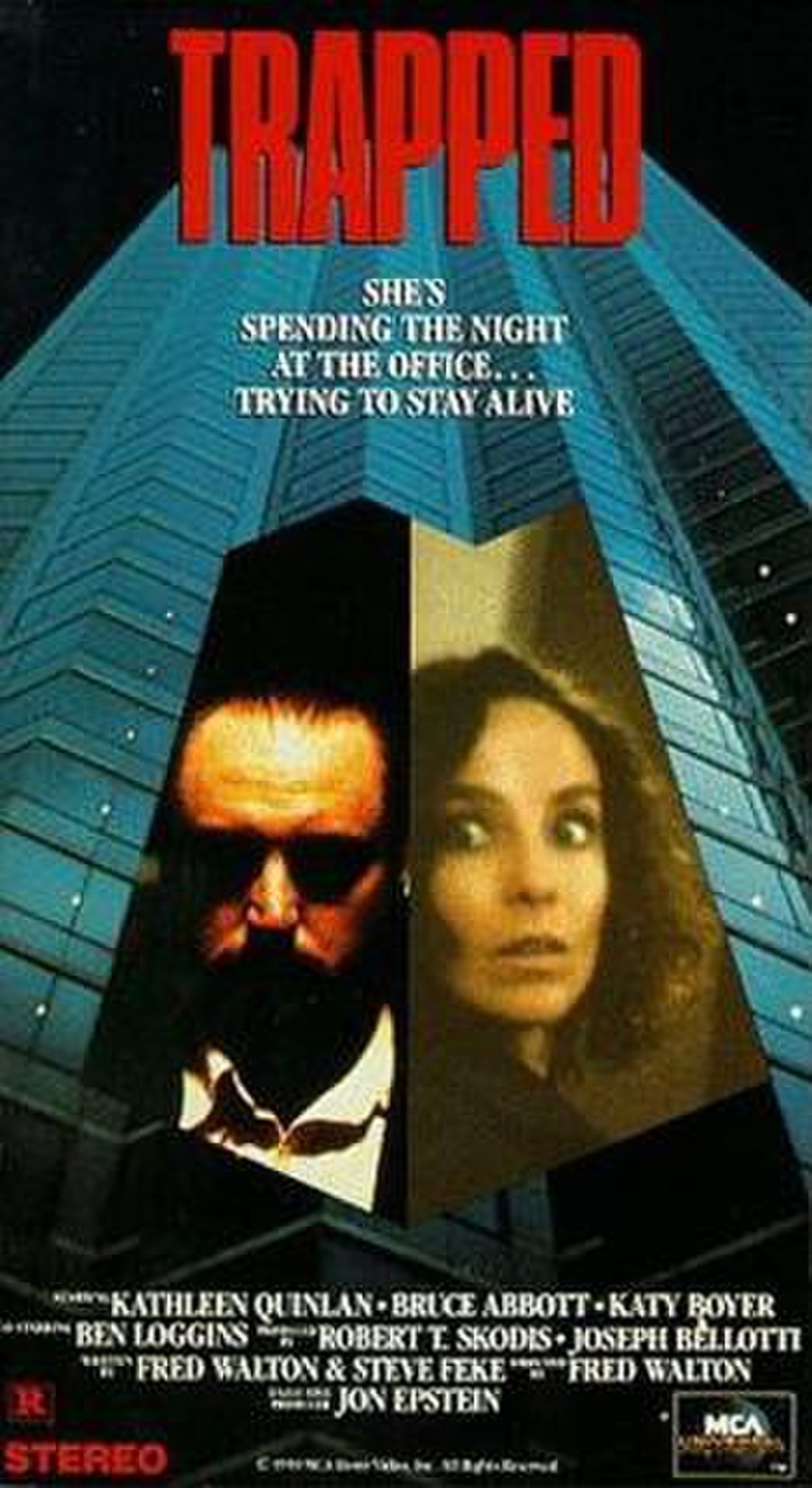 Trapped is a 1989 American made-for-television thriller film written and directed by Fred Walton, and co-written by Steve Feke. It stars Kathleen Quinlan and Bruce Abbott in the main roles. Katy Boyer co-stars.

After a montage of photographs reveal that a young boy has died from exposure to toxic waste spilled by a company called NTX, the child's father bids goodbye to his wife's corpse, and heads for the Kupper-Dietz Building, a luxurious tower containing offices and laboratories owned by NTX. As the working day concludes, businesswomen Mary Ann Marshall and Renni are the last two daytime employees to leave the skyscraper, but on their way out they discover that all of the exits are sealed, and that all of the telephones are dead.