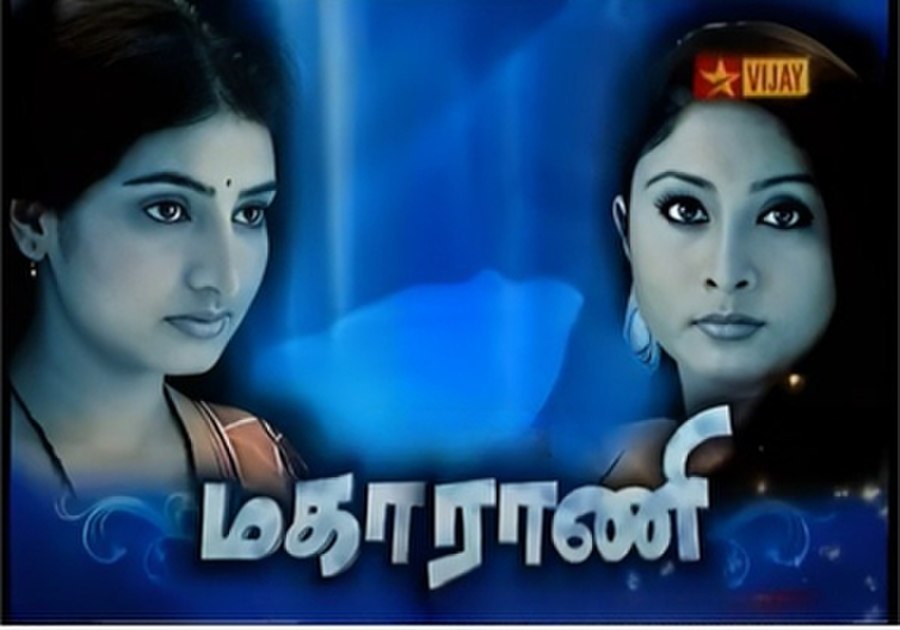 Maharani is a 2009-2011 Tamil television soap opera that aired Monday through Friday on Vijay TV from 19 October 2009 to 4 November 2011 for 492 episodes. It is a remake of the Malayalam language serial Ente Manasaputhri that was aired on Asianet.

Maharani is a story of two young girls named Mahalakshmi (Sujitha) and Rani (Archana) who are brought up in an orphanage. Maha is calm, shy and a very simple person. Whereas Rani is smart and tries to outwit others with her villainous plots. The orphanage follows a certain system, where for all those who attain 18 years of age will be married to some suitable persons. Such an initiative is always taken by the orphanage owners for every person belonging to the orphanage. Rani always dreams of a very luxurious and luminous life in the outside world. Maha with her simplicity and clear focus in life tries to overcome all her problems independently! But will she tackle more issues created by Rani too?