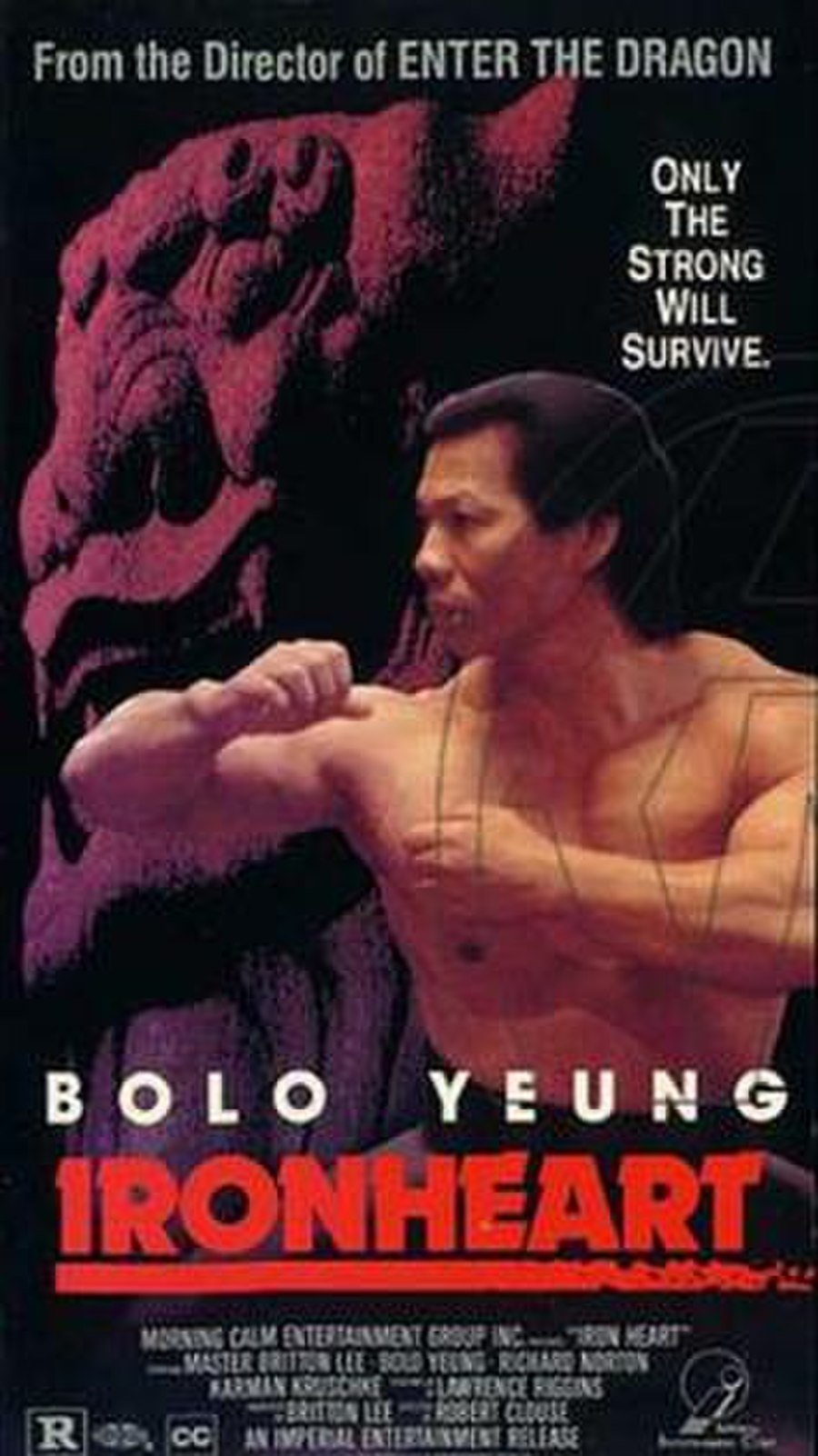 Ironheart (1992) is a martial arts film starring Bolo Yeung, created as a showcase vehicle for Britton K. Lee. It is considered a cult classic by many Bolo Yeung fans.

Ironheart opens at a Portland nightclub (Upfront FX), where Milverstead, who is considered the most powerful and ruthless man in town, and his group of thugs are looking at the female clientele with an approving eye. Milverstead is shipping illegal arms out of the Portland docks, and to sweeten the deals with his trading partners, he kidnaps local lonely dancers, strings them out on heroin, and sends them along in the deal. He notices Cindy Kane (Meagan Hughes) dancing furiously to U-Krew's hit "If You Were Mine" and decides to kidnap her. To lure her into his trap, he instructs his young lieutenant Richard (Michael Lowry) to flirt with her and get her to go with him. Cindy is ostensibly with her loser boyfriend Stevo (Rob Buckmaster) at the club, but wants to get him jealous and so leaves with Richard. Milverstead and his gang leave shortly thereafter.