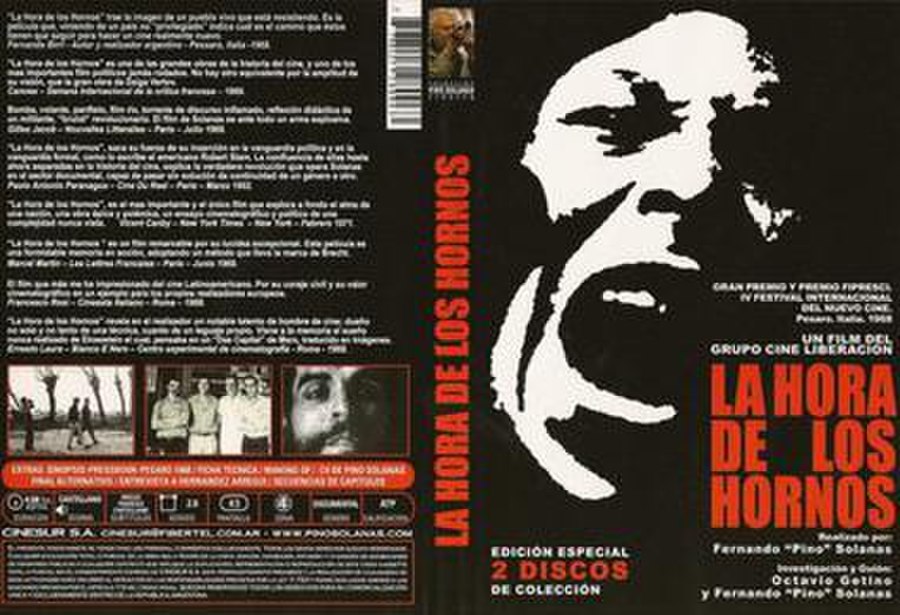 The Hour of the Furnaces is a 1968 Latin American film directed by Octavio Getino and Fernando Solanas. 'The paradigm of revolutionary activist cinema', it addresses the politics of the 'Third worldist' films and Latin-American manifesto of the late 1960s. It is a key part of the 'Third Cinema', a movement which emerged in Latin America around the same time as the film's release.