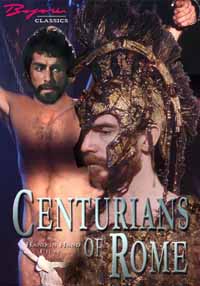 Demetrius and Octavius are Roman countrymen sold into slavery for not paying their taxes during Emperor Caligula's reign. Demetrius is purchased by the Emperor and taught to be a "good slave" by Argus while Octavius is claimed by a sadistic commander. The commander wants the bound Demetrius but is refused. Octavius sneaks in while the guards are asleep and frees Demetrius.